While weekly matches gives players their needed rest and recovery, for fans, that week can feel like eternity. Thankfully, there’s other ways to get your sporting fill rather than waiting for matchday – docos. While primarily saved for the off-season, with many leagues and sports recovering from delayed or postponed seasons, sports documentaries have been coming off the bench to take centre stage, but what sports docos are out there, and which ones are worth watching? Find out what to watch on Amazon Prime Video in this Canstar Blue guide. 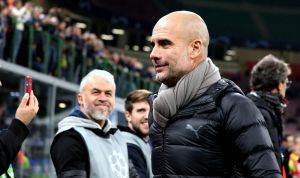 Here are some of the best sports docos available on Amazon Prime Video, sure to keep you entertained until the players hit the pitch again: 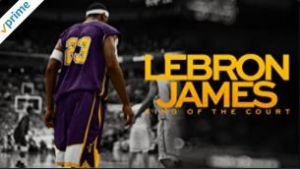 LeBron James: King of the Court

The debate of Jordan Vs. James might never reach a conclusion, but one thing is for sure – Lebron James’s career has been historic. Skipping college basketball completely and going straight from high school to the NBA should, in theory, build insurmountable hype, but James forged one of the most decorated careers of all time. This documentary recounts the life of one of sport’s most prestigious athletes. 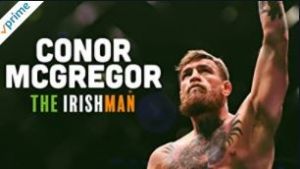 This documentary follows the zero-to-hero story of one of mixed martial arts’ most prodigious athletes – Conor McGregor. With a profound fanbases and naysayers, McGregor catapulted himself into national notoriety and international stardom with his eye-catching bravado. His life of luxury is the successor to humble upbringings, living off welfare in a small Irish town. Not one to miss for fighting fans. 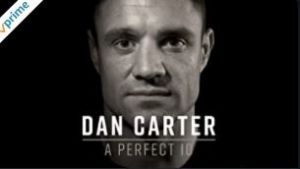 A charismatic focal point of the All Blacks throughout the 2000s and the 2010s, Dan Carter forged his way into International stardom. This documentary focuses on the challenging road behind the 2015 Rugby World Cup, and Carter’s role in it. 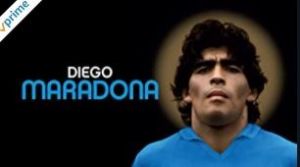 November 25, 2020 marked the death of one football’s icons. A literal deity in Argentina, Diego Maradona endured his fair share of controversy and accolades. The documentary follows the life of the Argentinian superstar, his epic highs in Naples, and his chaotic lows with drug abuse. A fascinating watch for football fans and non-fans alike.

One of the most recent additions to the Amazon video library, The Test details the journey of the Australian men’s cricket team after the events of ‘Sandpapergate’ – the ball tampering scandal that saw three players banned from the squad, and the Australian coach stepped down. The documentary follows the squad from the South African test up until their Ashes redemption a whole year later, with plenty of interviews and behind the scenes footage.

Take the Ball, Pass the Ball

Based on the book ‘Barca: The Making of the Greatest Football Team of All Time’, Take the Ball, Pass the Ball follows the success of Barcelona FC during the 2008-2012 seasons, which saw the club take home 14 trophies under coach Pep Guardiola. It Includes interviews from star players like Lionel Messi, Thierry Henry, Andres Iniesta, as well as behind the scenes footage of one of Europe’s most successful teams.

All or Nothing series

Ranging from the All Blacks to the Brazilian national football (soccer) team, to the Dallas Cowboys NFL team and Manchester City in the EPL, Amazon’s ‘All or Nothing’ series follows sporting teams across all sporting codes in the lead up to big events and seasons. With multiple episodes per team, watch behind the scenes footage and interviews as you follow players during the lead up and through a season of their respective codes.

If you know football, you know that the late 1990s Manchester United team was in a league of its own. Featuring talent such as Ryan Giggs, Gary Neville, Paul Scholes and a young David Beckham, the Class of ’92 follows how these players helped Manchester United win the treble in the 1998-99 season, as well as bring home the Champions League trophy in 99. The documentary showcases the cultural change of Great Britain in that time, as well as how the players stayed friends over the years.

Following the life and death of F1 star Ayrton Senna, ‘Senna’ showcases archival race footage, photos provided by the Senna family, and retrospective interviews about the World Championship winning driver, and particularly his rivalry with former teammate Alain Prost. The documentary also follows Senna’s battle with the governing bodies over driver safety before his own death on the track in 1994.

When Andy Murray announced he was undergoing hip surgery in 2018, many said that spelt the end of his tennis career. At 32, the former world number one had been under the knife multiple times before to repair and correct injuries, but ‘Andy Murray: Resurfacing’ follows the tennis star’s 18-month journey through surgery, rehab and triumph as he returns to the court.

They say football is the world’s game, and once you watch ‘This is Football’, you’d be hard pressed to argue against that statement. Following stories from people all over the world, from the Iceland national team reaching new heights, to the untold stories of Claude-Romeo and Alexis from Rwanda, as well as featuring interviews from legendary players about the game they love, This is Football is must watch, even if you don’t like football.

To some, sport is more than just a simple game, it’s a way of life. Your team is your family, and their wins are your wins. That’s the way the people of Leeds seem to live their lives by the looks of the trailer for ‘Take Us Home: Leeds United’. Following Leeds United during the 2018-19 English football season, the documentary features interviews with coaches and players during the tough season, ‘Spygate’ and the intensity of English football culture.

Steven Gerrard is a name etched into English football. From leading Liverpool to the UEFA Champions League title in the 2004-05 season and captaining England in the 2010 and 2014 World Cups, Gerrard is considered one of the best midfielders of his generation. But with success comes intense scrutiny and debate, with ‘the slip’ haunting Liverpool fans for years. Through ‘Make Us Dream’, Gerrard explains his career highs and lows, and what it means to represent your club and country.

The Heart of Sergio Ramos

Arguably the biggest pantomime villain in the game of football, Sergio Ramos is explored through the lens when he’s off the pitch. Primarily spending time with family and pursuing his other hobbies, ‘The Heart of Sergio Ramos’ looks to paint one of the most red-carded players in football history in a different light (although we won’t blame you if you don’t forgive him for that foul on Salah).

If you manage to finish off all the above sports docos, you can always try what sports docos are on Kayo, or you can see what else is on Amazon Prime Video with our top shows article.