We get it. They kept you dry during those rainy nights, saved you from last-minute wardrobe emergencies, and even forgave you for getting coins stuck under the drum after months of never checking your pockets. No one forgets their first washing machine. But should you take the next step and move out together?

Moving house can put anybody in a spin, especially when it comes to large appliances. That’s why we’re airing the dirty laundry on whether it’s better to pack up your washing machine or dump it for a new model before settling into your new home. 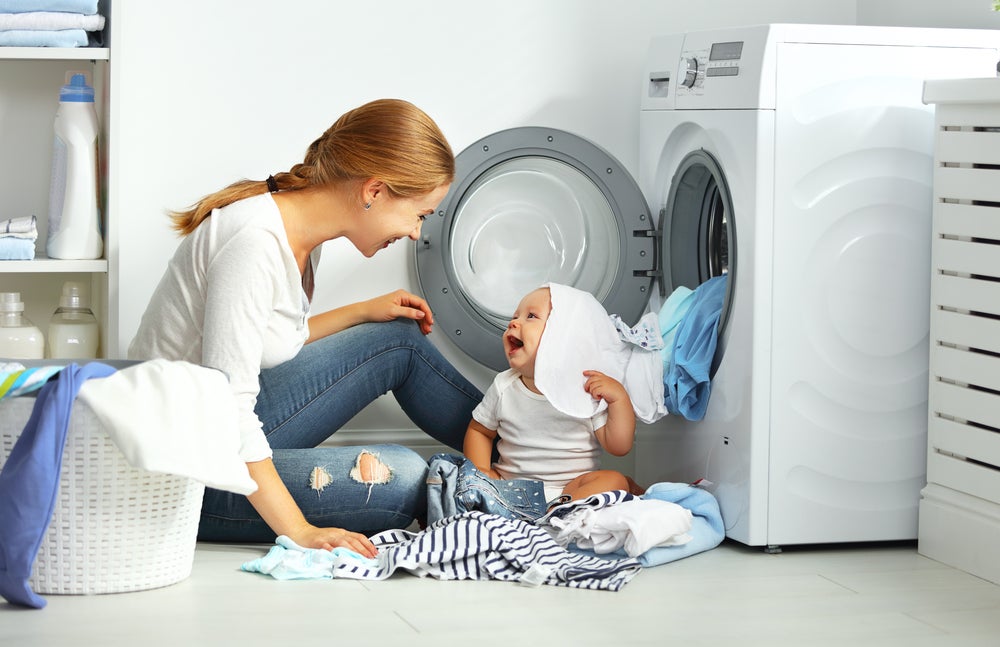 Is my washing machine worth keeping when I move home?

The pricey process of moving house makes the temptation of keeping an old washer hard to resist, so how do you know if your appliance is a ‘keeper’? The survival rate of a washing machine generally varies between brands, with some appliance giants like Miele promising to provide up to “20 years’ worth of clean laundry”. Here are a few clues to look out for when deciding whether it’s time is up.

The machine is old or needs repair

It’s probably worth investing in a new model once the washer’s age starts approaching double digits. Older models tend to work less efficiently than those containing more recently developed technology designed to specifically minimise energy consumption and improve performance. The drum of a washer can similarly impact the quality of the wash if it’s unable to fill up with as much water as it needs when on the largest load setting.

A load of problems result from lazy upkeeping. Are you wiping the inside of the door seal to remove mould and detergent deposits after every use? Flushing out scrud (i.e. the waxy build-up of detergent or fabric softener) with a monthly clean, and scrubbing out detergent at least once a year? If not, you’re likely to reduce the lifespan of your unit.

Did you know certain washing cycles can shorten the lifespan of your machine? Turns out that following basic laundry etiquette can make a difference to the longevity of your washer. This includes things like removing pet hair, and using a laundry bag to prevent delicates from floating into nooks and crannies. You hear that buckling sound inside the appliance? It’s probably spare change swimming in the seals and joins, or an underwire of a bra buckling under the drum – either way, the problems it might cause don’t just wash away.

Leaks are a dead giveaway the washer is on its final legs. But if there are no cracks, the leak might be easily fixed for free by checking to see if it’s caused by a loose hose pipe or an overfilled drum.

Noise can indicate the appliance isn’t properly levelled and needs to be adjusted. This can be done by simply checking the feet or shifting the load inside the machine to balance the weight. Alternatively, unusual and excessive loud noises might require calling a technician to replace a worn suspension or tighten a drum. 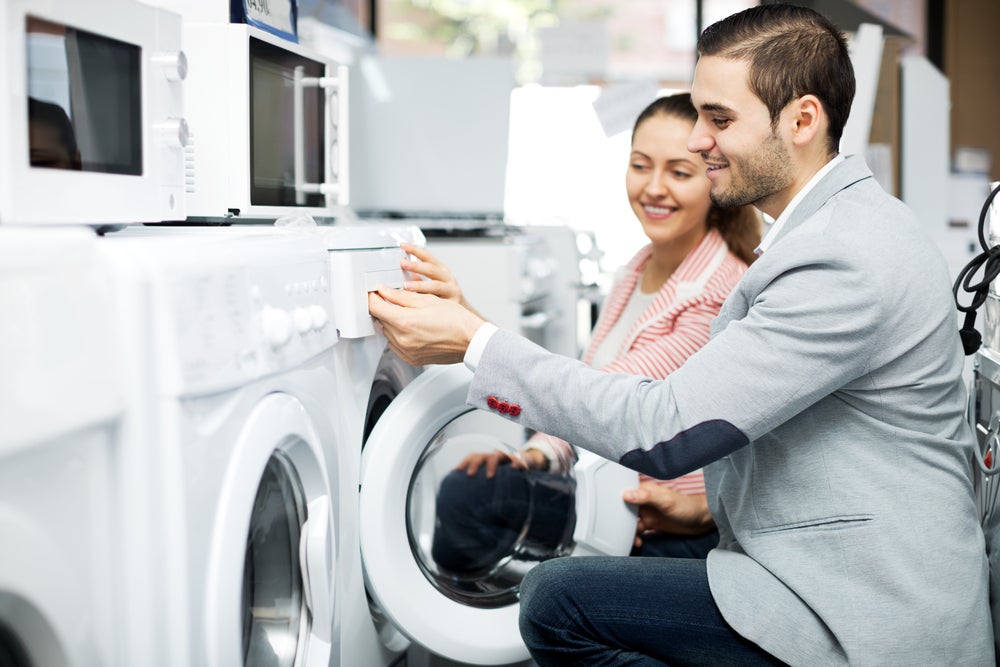 How much does a new washing machine cost?

A replacement washing machine is probably one of the last expenses you want to budget for after just buying a new house, especially if you already own a perfectly functioning one at home. But the costs for moving essentials such as truck hire and packing materials can add up, particularly if you’re working with larger homes and longer distances. So, sometimes it might be best to be like Elsa and “let it go”. Below is the price range for different types of washing machines from a variety of brands:

Many front loaders typically retail between $499 and $5,999, with a number of options available for under $1,000. Some of these include:

Washer-and-dryer combos are not the most affordable option, and can range between $1,299 and $3,299. However, you’re paying for two appliances in one, which generally costs less than buying the two units separately. Models like the Bosch Serie 6.8kg/4kg Washer Dryer Combo cost $2,099, while other items such as the Electrolux 7.5kg/4.5kg Vapour Action System sell for $1,399.

While a low upfront price might look enticing, keep in mind that cheaper models tend to rank up large electricity bills every year. So, in any case, it would be wise to weigh up whether a cheaper washer is actually ‘cheap’ by looking at its capacity, energy efficiency and features. 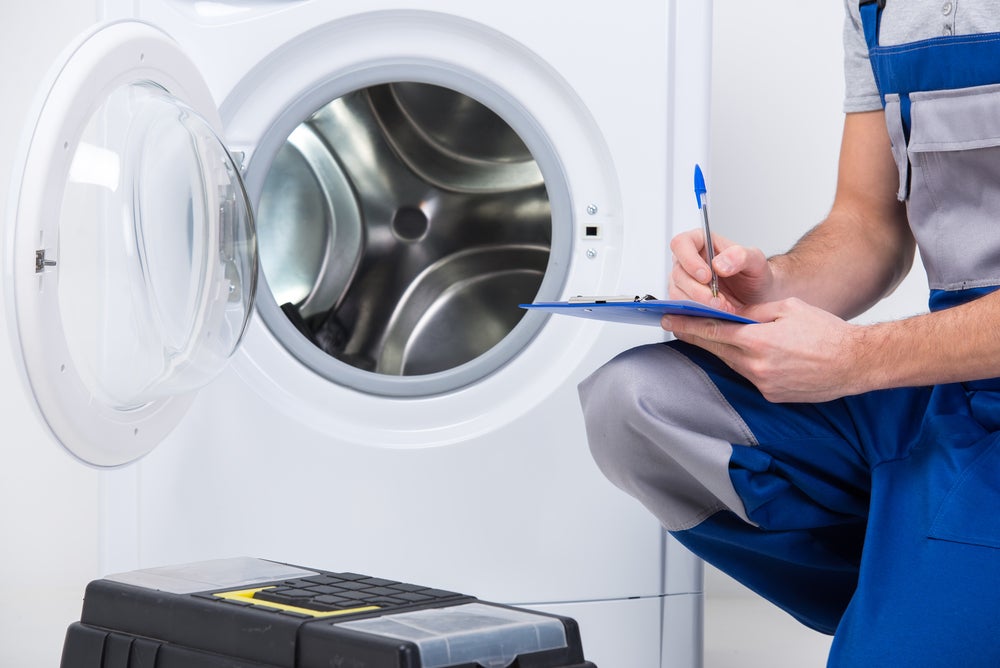 Is it better to hire removalists or do-it-yourself?

Moving everything yourself could be a great way to save money. The ING Cost of Moving Home report found people who took it upon themselves to prepare their belongings for the move and transport it to the new property paid an average of $782. This was a massive saving compared to the $2,009 spent by the 44% of participants who did their own packing but used removalists to deliver the goods.

However, time is also money and the same report found 59% of those surveyed took an average of 3.5 days off work for the move. Removalists can handle packing and unpacking, delivery, and other chores like appliance installation. They also typically supply the necessary packing materials, trucks any and insurance you’ll need to consider when dealing with the household move.

Disconnecting and installing the appliance is usually the easy part, and something you can do to lower costs. Opting to hire, rather than buy, packing materials such as tape and boxes might reduce the costs even more. Although hiring materials tends to be less cost-effective for frequent movers.

The actual transportation of the washing machine is where it can get tricky because it usually involves worrying about the safety of the machine during the travel, as well as taking care of a wider range of costs that could be handled by removalists. The higher costs typically involved with larger moves usually makes hiring removalists a cost-effective solution, but this isn’t necessarily the case with local moves. 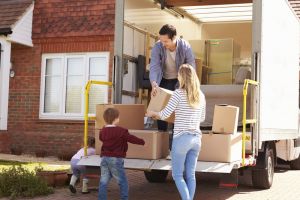 When the ‘tough gets going’, the going gets a removalist. This can cost between $300 and $500 for a local move and reach up to thousands of dollars if you’re heading interstate. Although it ultimately depends on a range of factors, such as distance, the amount of furniture, time of year, who is packing and how difficult it is to access both properties. That’s why removalists are usually recommended for people who are heading interstate, rather than moving a few suburbs away.

If you want to stick to a specific budget, the certainty of a flat fee service may be suitable. However, this cost doesn’t necessarily account for any overtime you might need, and may leave you unnecessarily further out-of-pocket if everything takes quicker than expected. A time-based rate is more flexible and can actually save you money if the job takes quicker than planned. But choosing a time-based rate can be risky business, and requires plenty of planning to minimise surprises such as slow workers or traffic.

Another important question to ask yourself is ‘how involved do I want the removalists to be in the house move?’ Do you need your appliance to be installed or do you just need it delivered to your new home?

Other useful things to consider 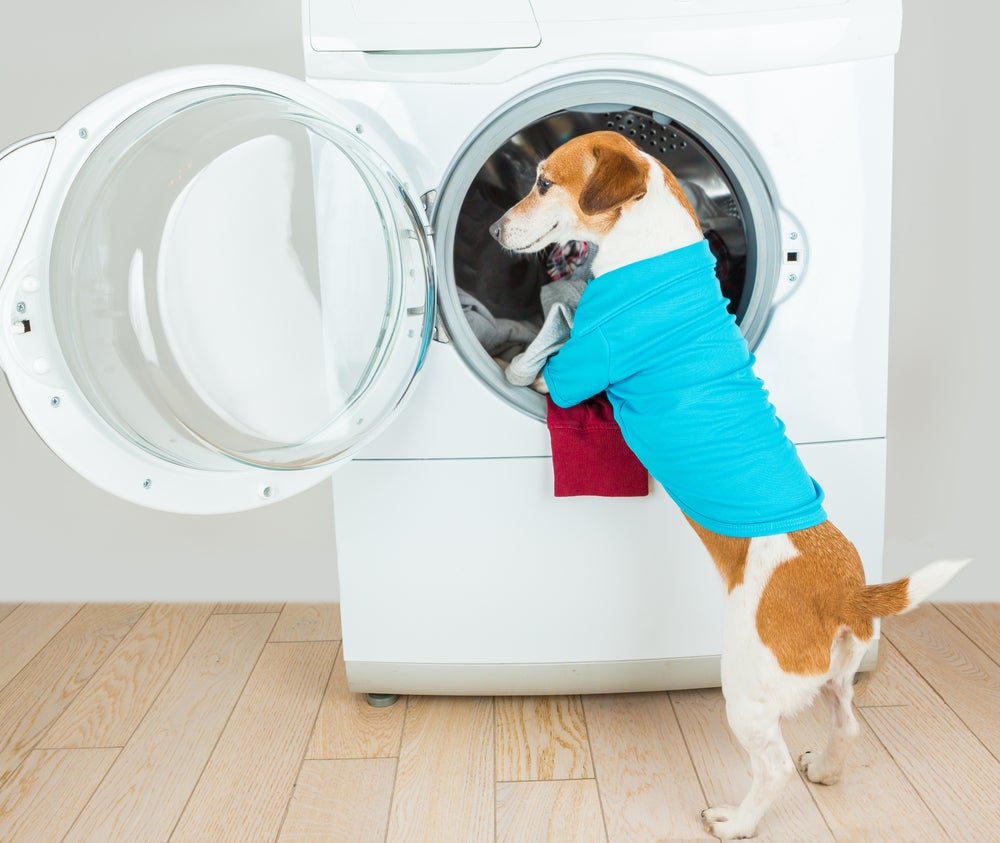 What do I need to know when moving major appliances?

Cut the ties between your washing machine and the old home, preferably at least two days before the move. From emptying hoses and packing up wires, here are some tasks to keep in mind:

How do I disconnect and move a washing machine?

So, before you make a decision, compare your options and decide what’s best for you.