The Australian Competition and Consumer Commission (ACCC) has warned customers to keep an eye on increasing mobile plan costs, after analysing recent price changes from Telstra, Optus and Vodafone.

The big three telcos have all adjusted their postpaid and prepaid plan ranges in the last year, with some prices increasing by as much as $40 per month for roughly the same plan inclusions. While there’s also been positive updates from all three providers — such as the elimination of data overage fees, as well as flexibility when it comes to adding a new handset — the ACCC is concerned that customers may be left out of pocket by failing to shop around.

“Our analysis shows that consumers will now be left paying significantly more for a range of mobile phone plans at Telstra, Optus and Vodafone,” ACCC Chair Rod Sims said.

“The behaviour of the three big telcos would suggest they are not concerned about losing customers to rivals.”

With Telstra, Optus and Vodafone controlling 87% of the retail mobile market, and 95% of postpaid, the changes are likely to impact millions of Australian mobile users. All three telcos have increased postpaid plan prices, and Telstra and Vodafone have each reduced prepaid recharge expiries from 35 or 42 days to a standard 28 days.

The ACCC points out that each of the changes took place after Vodafone and TPG completed their merger in July of 2020. At the time, the Commission was opposed to the deal as it feared the merger would lead to higher prices and reduced competition in the mobile space.

“The ACCC opposed the merger of TPG and Vodafone because we were concerned it would lead to higher mobile prices, and result in three similar providers with little incentive to compete strongly,” Mr Sims said.

“When markets end up with a smaller group of large look-alike players with stable positions, competition is muted and consumers pay more.”

Telstra, Vodafone and Optus: how prices have changed

To better give Australians an idea of just what has changed, it’s easiest to look at each of the three telcos separately. 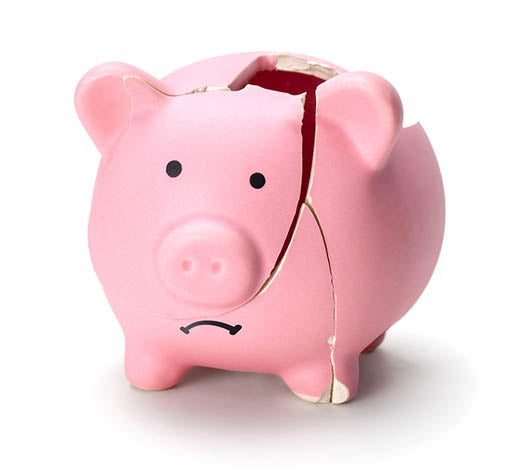 Vodafone was the first provider to initiate wide-scale mobile plan updates, launching its new Infinite postpaid plans in September 2020. All five plans include unlimited standard talk and text in Australia, plus a monthly high-speed data allowance and unlimited speed-capped data once your fast gigabytes run out.

While Vodafone offers the cheapest entry-level plan of the three telcos ($40 per month, with 10GB of fast data), it’s biggest plan is also the most expensive. Vodafone’s 150GB Ultra plan is priced at $120 per month, a $40 increase from its previous 150GB offer, which was $80 in December of 2019.

The telco’s mid-range plans also increased in price by an average of $5 per month, while retaining the same high-speed data allowance. However, Vodafone has increased the maximum speed of its capped ‘Infinite’ data inclusions, from a standard 1.5Mbps across all plans to either 2Mbps, 10Mbps, or 25Mbps depending on your plan price.

Telstra’s new mobile plans launched in December, and saw the telco migrate customers from a standard postpaid plan to an ‘upfront’ model, in which users are required to prepay each month via automatic direct debit.

The change also saw prices increase by $5 per month for Telstra’s Small, Medium and Large plans, and $15 per month for the Extra Large option. However, existing Telstra customers who were moved onto the more expensive plans were given a bill credit for the increased price for their first 12 months.

In terms of plan inclusions, all four plans received a boost in high-speed monthly data, but speed-capped unlimited data remains at a maximum speed of 1.5Mbps. Telstra also reintroduced a small international call allowance of 30 minutes to each plan, but continues to only offer 5G mobile network access to Medium, Large and Extra Large customers.

Finally, Optus raised its postpaid plan prices in May this year, bumping each plan up by $6 but also increasing included fast data. Optus’ Small, Large, and Extra Large plans all received double the data, with all plans continuing to include unlimited speed-capped data  restricted to 1.5Mbps.

While data value increased, Optus did remove several perks during the plan update. Global data roaming is no longer included on any plans, although unlimited standard international talk and text to 35 countries is still available on Medium, Large and Extra Large plans. Optus also scrapped its premium Optus One plan (but the same 500GB inclusion is now back as part of its EOFY promo plan).

So overall, customers of the Big Three are, on average, paying around $5 per month more for their monthly postpaid plan (and up to 50% more for prepaid, as per the ACCC’s findings). However, with the average Aussie using less than 15GB of data per month according to the ACCC — and plans at this data point widely available for less than $20 per month — many of us could save hundreds annually by switching to a cheaper provider.

Shop around and save hundreds

For example, excluding promotional offers and discounts, Vodafone’s $40 postpaid plan includes 10GB of fast data each month. In comparison, you can get a slightly higher 12GB data allowance for just $20 per month with Dodo and TeleChoice, and 20GB for $22 with Moose Mobile (that’s a $216- $240 price difference across 12 months).

Below is a selection of postpaid plans from Canstar Blue’s database with a minimum of 10GB of data, listed in order of standard cost, lowest to highest, then by data allowance, largest to smallest. Try using our mobile phone plan comparison tool to see a wide range of plans from other providers. This table includes products with links to referral partners.

If you’re a heavier data user, Telstra’s entry-level postpaid plan now includes 40GB for $55 per month. But again, you can save by looking to smaller-name providers: Belong currently offers 40GB for $35 monthly, Moose Mobile’s 40GB plan is just $29 per month on a 12-month contract, and Woolworths Mobile offers a slightly lower 35GB for $35 per month — so savings of up to $312 a year if you switch.

Here is a selection of postpaid plans from Canstar Blue’s database with a minimum of 40GB of data, listed in order of standard cost, lowest to highest, then by data allowance, largest to smallest. Use our comparison tool to see a wide range of plans from other providers. This table includes products with links to referral partners.

The downside to cheap mobile plans is that you may forgo some of the perks associated with the bigger providers, such as international extras, included entertainment bonuses, or rewards points. But if you don’t need these add-ons and just want a basic talk, text, and data service, shopping around can cut your bill considerably each month.

It’s also important to remember that every telco on the market uses either Telstra, Optus or Vodafone’s 3G and 4G mobile networks, so you can access the same coverage for a cheaper price if you make a switch. However, keep in mind that if you’re with Telstra, only prepaid provider Boost Mobile has access to the full Telstra 4GX network.

Some providers on the Optus network now have access to the telco’s 5G mobile service, notably SpinTel and Aussie Broadband. But again, if you’re not in a 5G-covered area, don’t use a 5G-capable phone, or are happy with your current network speeds, there’s no need to stick with a more expensive provider just to access a 5G phone plan.

If you’re currently on a Telstra, Optus or Vodafone SIM-only plan, and you’re not paying off a smartphone, there’s nothing to stop you switching to a cheaper provider (and taking your phone number with you). So comparing plans that suit your data and usage needs at Canstar Blue is an easy way to find out just how much you can save.

Canstar Blue’s 2021 research shows that only 44% of postpaid plan customers like to shop around for the best deal, and that 36% have always been with the same mobile provider. Our analysis also found that Aussies have been with their current provider for an average of 10 years, meaning many of us are missing out on better deals.

“We suspect many customers who have recently had their mobile provider justify a price increase with higher data usage would prefer the previously available lower monthly fee in exchange for a lower data allowance,” Mr Sims said.

“We want all mobile customers to know that switching to a new provider is a very simple process, and the new provider will move your existing number over for you.”