Optus Sport – you’ve probably heard of it, but what is it, how much does it cost and where can you get it? Optus caused controversy when it secured the rights to English Premier League soccer, but in the years since fans seem to have approved of the telco giant’s own sports streaming service. So, if you want to jump on the Manchester United bandwagon this season, Optus Sport may be one of your best options. Review compatible broadband and mobile phone plans, pricing and more below.

What is Optus Sport? 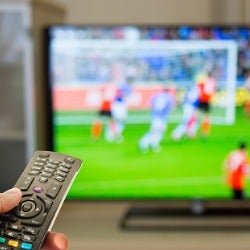 Optus Sport is a streaming video on demand (SVOD) service developed by Optus, one of Australia’s largest telcos. With Optus Sport you can:

Optus Sport is available to everyone from $14.99 a month, but is included free on some Optus phone plans and all internet plans. Optus customers will also be able to stream football data-free, meaning it won’t count towards your monthly data allowance – particularly important when you watch on your mobile.

How much does Optus Sport cost?

Optus Sport comes included on eligible home broadband, mobile broadband and postpaid mobile phone plans. As you must be an Optus customer, many plans are covered here, but if your plan is not, you can still subscribe to Optus Sport for an extra $14.99 per month, with non-Optus customers also able to sign up for $14.99 a month. If the season ends, or you just aren’t getting as much out of it as you thought you would, you can cancel your Optus Sport subscription at any time, with your subscription ending at the end of the current billing cycle. If you aren’t an Optus customer and worried about data, find out how much data Optus Sport uses here.

What sports are available with Optus Sport?

In addition to live and on-demand coverage of multiple leagues, Optus Sport also has replays and highlights of classic matches and previous seasons, sports documentaries as well as press conferences and interviews for behind the scenes action.

Some international competitions and national leagues have been suspended due to the COVID-19 outbreak.

How can I watch Optus Sport?

Optus Sport is available to watch through Android and iOS apps, as well as on Mac and PC through the online login. Other methods are available:

This makes it a viable solution if you like to watch the EPL on a big screen, instead of on a small computer or mobile screen. However, Optus Sport is only available to stream in Australia, meaning you can’t log into your account while overseas.

However, for those looking for a new phone, Optus has quite competitive iPhone 11 deals, which include a lot more for the price you pay. Plans are separate to your device payments, which can be over 12, 24 or 36 months. iPhone 11 64GB plans with Optus Sport included start at $49 a month plus $34 for the phone repayment, totalling $83 a month over a 36-month payment period.

Many home broadband plans are eligible, and include Optus Sport, as well as Fetch TV, at no extra cost. Otherwise, a number of base NBN and ADSL plans are available with unlimited data from $75 a month.

Month-to-month plans are also available, but Optus charges a set-up fee of $200 for the privilege. Still it may be worth choosing flexibility. In any sense there is strong incentive here to spend a little extra and choose a faster NBN plan with entertainment included.

The below table features a selection of published Optus NBN plans from Canstar Blue’s database, listed in order of cost from lowest to highest. Use our comparison tool to see a wide range of plans from other NBN providers. These are products from a referral partner.

Let’s not forget about mobile broadband for those tablet users out there. Even on the train catching up on work emails, you can procrastinate and stream the latest games. All current Optus mobile broadband plans include Optus Sport streaming.

Unfortunately, home wireless broadband plans currently do not include Optus Sport. In any case, Optus packs quite a bit in with its mobile broadband plans, and having Optus Sport streamed data-free is a nice cherry on top. 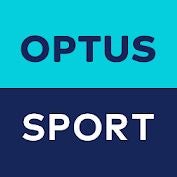 While you can always sign in via a web browser, like most streaming services, Optus Sport allows you to tune in on the go with the app, which is available on both iOS and Android operating systems. With a similar set out to its web browser, you can find live, on-demand, highlights and classic coverage via the app, ensuring you don’t miss a second of the action.

In the wake off COVID-19 and many turning to home workouts, Optus Sport has unveiled home fitness content on the app, allowing users to keep match-fit with multiple workout types and sessions. Known as OS Fitness, the feature allows you to follow a workout from the comfort of your own home, with a trainer virtually taking you through the paces, and includes workouts such as yoga and pilates, through to cardio and core workouts.

Is Optus Sport worth the hype?

Optus Sport is the only mainstream way to get access to all EPL games in Australia, so for this reason alone the price and exclusivity to Optus customers may be well worth it. If you’re not an Optus customer but a massive soccer fan, it may even be worth jumping over to Optus. But make sure you’re getting a good phone or internet package as well.

Optus has made a very savvy move with securing the rights to EPL, as it means non-Optus customers miss out on all the action. In any case, Optus has some competitive broadband, NBN, mobile phone and mobile broadband plans, so switching to the telco isn’t exactly a chore. But is it worth switching just for Optus Sport? That’s one for you to decide! How much does EPL and UEFA football mean to you? 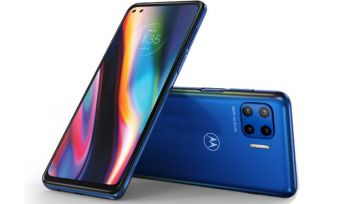