In an increasingly crowded market of streaming services, it can be hard to stand out from the crowd, but one of the latest newcomers, BINGE, looks to do just that. This streaming service aims to be the home of some of the most top-rated premium drama shows of all time, where the content is so ‘unturnoffable’ that you have no choice but to, well, binge-watch BINGE. But is BINGE the right streaming service for you? In this review we’ll take a look at all the details you need — plans, prices and what you can watch on BINGE.

BINGE might be a new addition to the Aussie video-streaming market, but it has a pretty big brand behind it — Foxtel. The launch of Kayo (Foxtel’s own sports streaming service) in 2018 was somewhat of a first step for the pay TV giant towards developing a stand-alone entertainment streaming platform.

Unlike it’s other streaming service, Foxtel Now, the BINGE streaming service is much more in line with what you expect from Netflix, Stan, Disney+, Amazon Prime Video and the rest. Where Foxtel Now offers a mix of live-streamed and on-demand content, BINGE offers a huge range of ad-free on-demand programming.

At the core of BINGE is that tagline of ‘unturnoffable’ — where you get hooked on something and you simply must keep watching. Not only will BINGE be home to some of the world’s biggest shows, but you will also have access to complete series, allowing you to binge-watch that ‘unturnoffable’ content from start to finish.

In addition to a very large content library, BINGE offers some great features which help to set it apart from the competition. The ‘Surprise Me!’ feature is perhaps the most interesting  — this option will start playing a random series or film for you. If what you’re watching doesn’t grab you, simply try again. This is a great feature if you find you often don’t know what you want to watch and find the choice to be a bit overwhelming. ‘Discover’ is another handy feature, sorting content into mood, theme, events and more, making it easier to discover something new to watch.

How much does BINGE cost in Australia?

Like Netflix and Stan, BINGE has three plans available at three different price points. Simply choose which plan suits you, and you’ll pay monthly for unlimited access to the BINGE content library.

Plans start at $10 per month for the Basic plan, then $14 for the Standard plan and up to $18 per month for the Premium plan. The biggest difference between these plans is how many screens can watch simultaneously, and the video quality available. The Basic plan only allows you to stream on one screen in standard-definition (SD), while the Standard plan is two screens in HD, and Premium offers simultaneous streaming on four screens in HD.

Which BINGE plan is right for me?

Every household is different, which can easily determine which BINGE plan is right for you. To help determine which plan is best for you, you’ll need to think about your budget, how many people in your home will be using the account and which devices you’ll be watching on.

The Basic plan at $10, might best suit one or two people households as it only allows you to stream on one screen. It’s also a good option if you primarily use your phone, tablet or computer to stream video as SD quality isn’t ideal for streaming on TVs. If you’d prefer HD quality, you’ll need to jump up to the Standard plan at $14. This plan is most likely going to suit small households with two to four people and families with young kids who won’t necessarily be watching on their own devices.

As for the Premium plan at $18, with access to HD simultaneous streaming on four screens available, it’s a great option for larger households, especially families with teenagers who tend to watch on their own devices. It’s also important to look at your household budget to ensure that this price point is right for you.

How to watch BINGE

BINGE is available to watch on devices and your TV, however at the moment eligible devices are somewhat limited compared to its competitors.

Using your web browser on a computer or laptop is perhaps one of the easiest ways to watch. There are also apps available for mobile and tablet devices supporting iOS version 12+ or Android OS version 7+ — simply download the app from the App or Play Store, log in, and you’re ready to go.

If you’re looking to stream on your TV, BINGE is also available on Telstra TV, Apple TV and a range of other Android TV devices which include Android OS v 7.0+. You can also connect with a compatible device via Google Chromecast devices (Chromecast Ultra and 3rd generation devices).

Additionally, BINGE have also rolled out an app on Samsung Smart TVs, although other brands and gaming console apps are still on their way, with streaming via your TV currently relying on an additional device. The other option is to connect a device such as a laptop via an HDMI connection, and stream via web browser, however this might be a bit too complicated for some. Currently there is no timeline as to when BINGE will roll out onto more devices.

It’s also worth noting that the ‘Surprise Me!’ feature is currently only available via web browser and Telstra TV, however this feature will be rolled out to other supported devices eventually.

While there are still plenty of ways to watch BINGE, these somewhat limited choices might be disappointing for some households, especially those which rely on gaming consoles.

What to watch on BINGE

There is something for everyone on BINGE — from premium drama shows to reality and lifestyle, plus a huge selection of movies. Let’s take a look at some of the shows and movies currently available for you to watch on BINGE.

Check out our article here for some of the best shows on BINGE, or maybe you’re keen for dramas or comedy.

Check out our article here for some of the best movies on BINGE, as well as our guides on the best Christmas and horror movies.

Is a subscription to BINGE worth it?

BINGE might be the one of the latest additions to the Australian streaming market, however it has a huge selection of content from some of the biggest production companies in its library. You’ll find shows on BINGE that you won’t be able to find on other Australian streaming services, especially many of the HBO shows which have long had a home on Foxtel’s TV channels.

Subscription prices are reasonable and similar to what you’d pay for other streaming services, plus you’ll get a two-week free trial to help you decide if it’s the right streaming service for you. However, if you primarily use your TV to watch video streaming services and don’t have one of the compatible TV set top boxes or connection devices such as Chromecast, you might find this a bit disappointing. If you’re wondering how BINGE stacks up, be sure to check out our Pay TV and streaming ratings to see if it’s worth signing up to.

What are the best internet plans for streaming BINGE?

If you’ve decided to sign up to BINGE, you’ll need to make sure that your internet plan will be able to cope with video streaming requirements. The NBN Co website suggests that NBN 25 Standard Evening Speed are adequate for SD video streaming, while HD video streaming requires a minimum of NBN 50 Standard Plus Evening Speed. As BINGE does not currently support 4K or Ultra High-Definition streaming, you won’t need a plan on NBN 100 speeds unless you’re in a larger household with five or more people using the internet frequently. 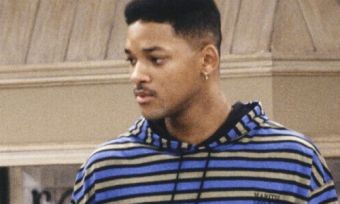 How to watch the Fresh Prince of Bel-Air in Australia

How to watch Harry Potter 20th Anniversary: Return to Hogwarts