With the controversial US ban of TikTok continuing to make news worldwide, Instagram has rolled out its own competing video-sharing feature – Instagram Reels.

If you don’t already know, TikTok is a popular video recording app that lets you post short recordings paired with either your own audio, or dubbed-over music. It’s very popular with ‘Zoomers’ and younger Millennials, and has proven to be quite a competitor to Instagram, Snapchat and other content-sharing social media apps. In Australia alone, TikTok is used by over 1.6 million people, and has made ‘TikTok stars’ out of dozens of Aussies including Sarah Magusara, The Rybka Twins and Rory Eliza.

Recently the United States has discussed banning TikTok over national security concerns: namely, that the app’s Chinese parent company could forward user data onto the Chinese government. Although TikTok is currently still available to American users, the future of the app in the US and elsewhere hangs in the balance.

With things looking dire for TikTok, Instagram has stepped in with its own copy – much like it did by launching Instagram Stories as a competitor to Snapchat.

Instagram’s new Reels feature lets you shoot and edit 15-second videos using multiple clips and audio. In the editing phase you can add the audio, along with any effects and tools. Users will also have access to new video effects and tools, including speed controls and augmented reality options.

While originally launched in Brazil back in late 2019, Instagram Reels is being rolled out today in Australia, and you’ll see it in the Featured and Explore areas of the app. If you want, you can remove Instagram Reels from your profile in the grid view, but they will be there on default.

If you’re excited for Instagram Reels, or you’re a current content creator on TikTok, there’s one thing you’ll need if you’re making videos on the go – a good mobile plan. Uploading and viewing videos consumes lots of data, so make sure you have a nicely sized data allowance for how you’ll be using your phone! Below you’ll find a decent selection of plans from a range of providers. 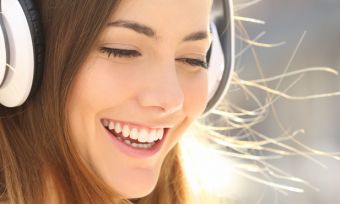 10 sports apps worth downloading before kick-off