New statistics released by Roy Morgan Research show that lactose intolerance is on the rise in Australian women.

According to the findings, the number of adult Australians who report being lactose intolerant has risen by 240,000 people to 4% of the overall population, from 2011 to late 2015. This increase is almost entirely made up of women.

Unfortunately, an inability to fully digest dairy products has a dramatic effect on our health and wellbeing. People with lactose intolerance are:

What is lactose intolerance? 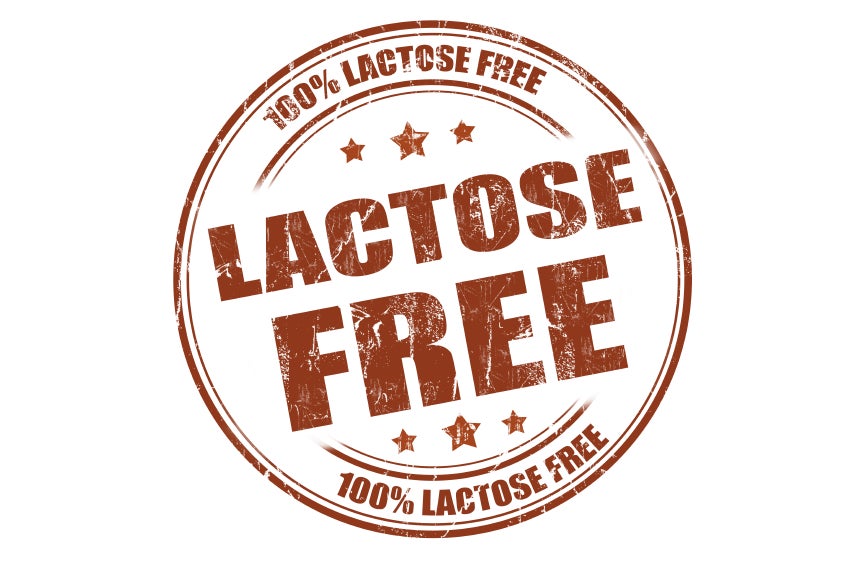 Lactose intolerance is medically defined as when a person’s body doesn’t produce enough of the lactase enzyme to break down the lactose sugars found in dairy milk. However, lactose intolerance is not black and white, as it can be caused by different digestive illnesses or abdominal injuries. People can become lactose intolerant if their DNA does not create lactase, but their gut produces some; or if their digestive system creates lactase but still fails to completely digest lactose-containing foods.

Humans are designed to be lactose tolerant at birth because breast milk, like cow’s milk, contains lactose. However, most adults become less tolerant as they age, with only one in three remaining lactose tolerant for life. So really, if you can’t tolerate milk well as an adult, don’t worry – you’re the normal one.

Cow’s milk also causes a few other problems for humans who aren’t lactose intolerant but have other health issues. It has proteins and hormones that mess with your skin’s complexion, is very high in calories, and is insulinogenic (meaning diabetics must tread carefully).

Lactose intolerance involves the gut struggling to digest lactose sugars, while a milk allergy usually involves a contact allergy – the immune system fighting off the allergenic milk proteins. Recognising the difference between allergies and intolerances can be confusing, but studies have shown that food intolerances are a real condition and deserve to be taken seriously.

One study in the medical journal Allergy (2008) showed that 34% of parents reported food allergies in their children, but 29% of those cases were actually food intolerances masquerading as allergic reactions. A British study by the NHS Foundation Trust shows that while only 0.8% of British adults had diagnosed coeliac disease, a further 12% report symptoms when they eat gluten-containing foods and their systems prove it is a real intolerance. These patients show visible reactions to gluten when their gut tissue is viewed under a microscope.

There are many different causes of lactose intolerance. The main one is surprising – it’s your genetics.

Certain areas in the world have many more adults who can tolerate lactose, because their people descended from traditional cow herders who relied on their cows for nutrition. For example, nearly 99% of Swedish and Dutch people are tolerant of lactose, but regions with less cow’s milk in their history show more intolerance. In China, only around 5% of people are tolerant of lactose, compared to 50% in Spain, France and Arab countries. Our high proportion of lactose tolerance in Australia points to our heritage as cattle farming colonialists.

Other common causes of lactose intolerance include:

How do you know if you are lactose intolerant?

Have your GP conduct the proper medical tests

The first step is to get a simple blood test for lactose intolerance from your GP, and talk with your doctor about other possible causes for your symptoms, such as IBS. Don’t make the mistake of assuming you’re lactose intolerant and immediately cutting out dairy products from your diet. This will cause nutritional deficiencies that can irritate your gut even more.

Sadly, recent surveys such as this one by Allergy UK show that nearly half (44%) of those who say they are lactose intolerant have not been diagnosed by a doctor, but have relied on online information about symptoms. 72% of these self-diagnosers had removed all dairy from their diet, even foods that don’t contain much lactose.

Some have even turned to bogus and often hilarious non-medical tests. Tennis player Novak Djokovic reports using the applied kinesiology test, where the person holds a certain food in their hand while the tester searches for signs of muscle weakness. Just to be clear, the American College of Allergy, Asthma and Immunology has declared there is “no evidence of diagnostic validity” for this test.

Alternative sources of calcium and other nutrients

There are lots of alternatives to milk and dairy products these days. You should speak with your GP if you frequently have symptoms of lactose intolerance after eating dairy foods, and ask about alternative ways for you to get enough calcium while cutting back on dairy milk.

Many lactose intolerant and gluten intolerant patients can also be treated with the FODMAP diet developed for IBS patients by Peter Gibson of the Alfred Hospital and Monash University, Melbourne. The FODMAP diet restricts foods that contain Fermentable Oligosaccharides, Disaccharides, Monosaccharides and Polyols. These fermentable sugars generate extra gas bacteria, resulting in the common IBS and intolerance symptoms.

Reintroduce it gradually over time

Some of the many causes of lactose intolerance are temporary, such as an injury or illness in the gut, meaning lactose intolerance itself can often be temporary. Doctors report patients “growing out of” or “growing into” lactose intolerance as sensitivity in the gut increases or decreases. For this reason, it is important to try to reintroduce lactose-containing foods gradually over time. You can even try different types of milk to see which ones treat your digestive system the most kindly.

Mothers with lactose intolerant babies are medically encouraged to continue breastfeeding, because breast milk helps the root cause, the gut irritation, to heal. Breast milk also contains essential immunities that can only be passed from mother to child, and which a milk formula cannot replicate. Since gut irritation is often temporary, a baby can often grow out of their lactose intolerance while still in the breastfeeding season.

How margarine is made