Community attention falls to the holiday road toll in coming weeks. You’ll see all manner of top cops around the country delivering the routine recommendations: Don’t speed, don’t drink or take drugs, don’t drive when you’re tired, and wear your seatbelt. These are the so-called ‘fatal four key result areas’. And lately they’ve added the danger of mobile telephone distraction to that list.

It’s fair to say that the vast majority of responsible drivers are already on board when it comes to this. What’s perplexing and frustrating about this advice is that it largely targets the anti-social – the people who think it’s OK to drive too fast, for example, or those who think a few too many drinks aren’t enough to stop you driving well enough to drive home. Essentially there’s very little official advice for anyone who’s already wearing a seatbelt and not speeding, etc.

Responsible driving is about risk mitigation – so here are four things you can do easily to slash your risk of crashing this Christmas (or at any other time).

Look further down the road

Fixating on the car in front doesn’t help. Look as far down the road as it’s possible to see. The simple fact is, many crashes occur because drivers don’t realise there’s a problem until it’s too late to avoid. Every 100 metres at highway speeds is another four seconds of reaction time. If you see a string of brake lights 200 metres ahead on the freeway, you have eight seconds to react. If you wait for the brake lights of the car in front, you could easily be involved in a high-speed nose-to-tail collision.

Drop back from the car in front

This is another time-buying technique that requires no advanced training. Tailgating doesn’t get you anywhere quicker, but it amps up your stress level – and your risk. You need to allow sufficient time/distance as a buffer between you and the car in front so that their mistake doesn’t involve you becoming collateral damage in their crash. Dropping back also allows more view of the road ahead, buying you even more time.

In some situations – kangaroo dead ahead, no warning – you might need to brake and/or swerve. When it comes to swerving, there are four critical parts to the manoeuver: Braking (because it’s always safer to swerve at lower speeds), followed by swerving, avoiding the problem, and then recovering from the swerve. It’s necessary to pass all four of these tests, because three out of four is really not good enough. (Braking, swerving, avoiding … and hitting a tree is a ‘fail’.)

Quite simply, it’s much harder to achieve this if you are driving one-handed. It’s actually quite relaxing to drive two-handed (carmakers even put nice, comfortable thumb rests on the wheel at nine and three, designed to support your left- and right-handed grip, respectively. It’s amazing how many people don’t use them.

Unsurprisingly, perhaps, about half of all crashes, and half of all road trauma, occur at intersections. This is not because there’s a defect in the rules. It’s because for some reason – fatigue, distraction, alcohol or drugs, perhaps – some drivers fail to stop or give way when they are obliged to.

This is a foreseeable risk. When you think about the thousands of intersections you drive through every year, it’s foreseeable that one day you might proceed through on a green light, or straight ahead past a T-junction just as another party fails to stop or give way. (Like winning Lotto, only in the worst possible way…)

The solution is simple: Don’t rely on the magic stopping power of red light, or a stop sign. If you’re about to drive through an intersection, make sure everyone who should be stopping to give way to you is actually doing just that. It’s absolutely no consolation to wake up in hospital knowing you were notionally in the right (if there’s an ‘afterwards’). 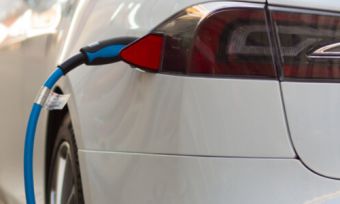