If the NBN has rolled out to your suburb, or is going to be, it may be time to hunt for a new NBN plan. Optus is one of the largest telcos in Australia, and with a simple offering of basic plans with options to add on home phone plans, speed boosts and entertainment options.

With prices beginning at $75 per month, Optus isn’t the cheapest provider out there, but does offer plenty of flexibility and perks. Here’s a run-down of everything you can expect from Optus NBN.

What does Optus offer?

Optus is a full-service provider, meaning it offers more than just broadband and NBN plans. Here’s what you can expect with Optus NBN:

Optus NBN speeds: at a glance

When it comes to NBN plans, Optus keeps its NBN offering quite simple with a set of two plans and your choice between speed tier. There’s an ‘Internet Everyday’ plan, which is a basic NBN package with Optus Sport included, and optional Fetch TV and home phone add ons. Then there’s the ‘Internet Entertainer’ which is the bundled option with included Optus Sport, included Fetch TV and the optional home phone add on. Both of these plans are available on NBN 50, or on NBN 100 from an additional $20 per month.

The following table features a selection of Optus NBN 50 plans from Canstar Blue’s database, listed in order of cost from lowest to highest. Use our comparison tool to see plans from a wider range of providers. This table includes links to a referral partner.

What do you get with Optus NBN plans?

Each plan features Standard Plus Evening Speed (also known as NBN 50), with typical evening speeds of around 40Mbps. You’ll also get Optus Sport included on all plans, giving you free and unlimited access to thousands of football matches both in Australia and around the world.

Both the standard internet only and the entertainment bundle pack has the option of adding a speed boost, which will bump your speeds up to Premium NBN 100/20. Optus’ speed upgrades will add an extra $20 per month to your plan, but do give you a typical evening speed of 80Mbps. The following table features a selection of Optus NBN 100 plans from Canstar Blue’s database, listed in order of cost from lowest to highest and then by data allowance. Use our comparison tool to see plans from a wider range of providers. This table includes links to a referral partner.

If you’re after a broadband plan with more than just data on offer, a Fetch TV plan may be up your alley. Optus includes a Fetch TV package on its Internet Entertainer plans, but Fetch Mini is also available on smaller NBN plans for an additional $5 per month.

Optus also offers either pay-as-you-go calls on its basic Internet and Internet Entertainer plans, or you’ll need to add on a $10 call pack for unlimited standard national calls to mobiles and landlines. Pay-as-you-go rates are as follows:

How does Optus NBN compare to other NBN providers?

Optus compares quite well with a slew of smaller providers all jostling for your attention. However, where Optus can fall behind is the price for its speed boost, as well as its overall base NBN pricing. If you’re looking for a cheaper broadband option, other providers worth keeping an eye out for include:

Arguably its biggest competitor is Telstra, which also has its own suite of broadband and entertainment plans. All in all, Optus stays fairly competitive, but may be outdone by one or more of these providers based on price.

Is an Optus NBN plan worth the money?

As one of the largest providers in Australia, Optus has cemented itself as one of the strongest NBN providers. With high-speed plans starting at $75 per month, it is well-positioned to take on the bigger providers and compete with the smaller ones alike.

Keep in mind that in addition to monthly plan costs, set-up fees may be prohibitive, as well as the price of speed boosts. Although Optus benefits from its entertainment packages, this may not be enough to sway some consumers.

As you move into faster NBN speed tiers, Optus may fall behind a bevy of small providers offering cut-price rates and lots of ‘bang for buck’. It’s not a massive monthly price gap, but for Aussies on a budget, the extra $10 here and there can make or break a plan, especially considering NBN 100 plans start at the $95 per month price mark.

Optus is also a good performer, speed-wise, as it has topped the ACCC NBN speed report multiple times throughout late 2019 and 2020. This means that compared to several other of the most popular NBN providers, Optus was more likely to achieve its average peak speed. While it doesn’t mean Optus is the fastest NBN provider around, it does indicate a generally good performance on average.

The next time you’re shopping around, Optus is well worth a look into – especially if looking for internet and entertainment – but if you’re after the cheapest price, there may be other providers worth keeping an eye out for. 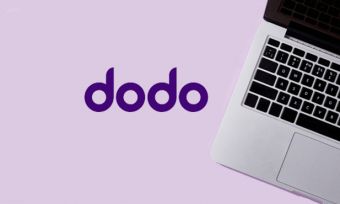