While there’s only one National Broadband Network, there’s several technology types available that are used to deliver the service to your home. The different types of NBN out there might seem overly complicated, but we’re here to help! The type of NBN that you have greatly impacts the speed of your connection, as well as the plan type available at your address.

There are three major types of NBN that account for most connections: Fibre to the Premises (FTTP), Fibre to the Curb (FTTC) and Fibre to the Node (FTTN), in order of the (generally) fastest to the slowest. There are sub-categories of NBN types such as Hybrid Fibre Coaxial (HFC) and Fibre to the Building (FTTB), along with two types of internet mostly offered in regional areas: Satellite NBN, provided through the Sky Muster satellite, and Fixed Wireless.

Today, we’ll be going through how you can identify what kind of NBN you have, and how it impacts you and your speed.

How does the NBN work?

Think of a spider’s web – the NBN is spun right across the country, stringing each household together with one big network. It’s a faster network than the ADSL network, and typically faster than 4G networks offered by Telstra, Optus and Vodafone.

With a combination of the above NBN technology types used across Australia, NBN’s fast internet is beamed into homes. By using wired connections, huge amounts of data are able to be transmitted across the country through Fibre-Optic cables.

With these connections (except for Fibre to the Premises), other households using the internet can impact on your overall speed, depending on the amount of traffic the node is receiving.

What NBN do I have?

Often, you can identify your NBN technology type by the way your home is connected. Typically, different types of NBN will have different connection configurations, with Fibre to the Premises having a box located both inside and outside the house. Other types of NBN will have boxes (or “nodes”) near your home, taking the form of Fibre to the Node for larger areas, or Fibre to the Curb for specific streets. Hybrid Fibre Coaxial connections will also have this same characteristic. 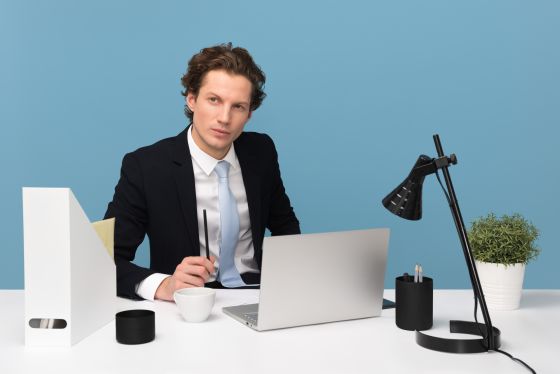 One thing to keep in mind is that you don’t get to initially choose which type of NBN connection you have – this is determined by what’s available at your address and in your neighbourhood. Around 80% of NBN customers are connected via FTTN, FTTP, or HFC, with apartments often serviced by FTTB. However, if you’re unhappy with the technology offered at your home, you do have the option of applying for an upgrade via the NBN Technology Choice Program – more info on this is available here.

What NBN plan should I get?

You should get an NBN plan that’s right for your uses. For example, if you only do basic web surfing or checking your emails on your internet, consider a lower-cost plan sporting NBN 12 or NBN 25 speeds. If you’re big on high-definition streaming, online gaming and massive file sharing, consider one of the beefier plans sporting NBN 50 or NBN 100 speeds.

It’s always difficult doing the research into something as expensive as NBN connections, but we’re here to help and keep your costs as low as possible and your value as great as possible!

The following table shows a selection of published unlimited Premium Evening Speed (NBN 100) plans on Canstar Blue’s database, listed in order of standard monthly cost, from the lowest to highest, and then by alphabetical order of provider. Use our comparison tool above to see plans from a range of other providers. This is a selection of products with links to a referral partner.

The following table shows a selection of published unlimited Standard Plus Evening Speed (NBN 50) plans on Canstar Blue’s database, listed in order of standard monthly cost, from the lowest to highest, and then by alphabetical order of provider. Use our comparison tool above to see plans from a range of other providers. This is a selection of products with links to a referral partner.

The following table shows a selection of published unlimited Standard Evening Speed (NBN 25) plans on Canstar Blue’s database, listed in order of standard monthly cost, from the lowest to highest, and then by alphabetical order of provider. Use our comparison tool above to see plans from a range of other providers. This is a selection of products with links to a referral partner.

The following table shows a selection of published unlimited Basic Evening Speed (NBN 12) plans on Canstar Blue’s database, listed in order of standard monthly cost, from the lowest to highest, and then by alphabetical order of provider. Use our comparison tool above to see plans from a range of other providers. This is a selection of products with links to a referral partner.

What is Fibre to the Premises?

Fibre to the Premises (FTTP) is the fastest form of NBN, originally intended to be rolled out to every property in the country. It involves having a fibre-optic line connected to your home, which allows you to achieve super fast speeds with consistent quality. Fibre to the Premises also involves an NBN access network device to be installed in your home – this takes the form of a small box no bigger than a small shoebox (see the image below) and a small box on the outside of your property. It requires power to operate, and would have required an approved NBN technician to install.

What is Fibre to the Curb?

Fibre to the Curb (FTTC) is a more common form of the NBN, bridging the gap between FTTP and FTTN connections. Rather than having a fibre-optic line run out to your home, FTTC connections run a fibre-optic line to a Small Distribution Point (a DPU) located on the curb of a street, which then uses copper wiring used by existing phone lines to service internet to nearby houses. This copper wiring and shared bandwidth of the node means that this connection isn’t as fast as FTTP connections, and bandwidth is shared with your street, not just your home, but it still has the speed of the NBN behind it. It’s slightly faster than Fibre to the Node.

Rather than being connected by a box located in home, this connection allows you to access the internet through a telephone wall socket, much like with ADSL connections. An NBN connection box will also be included with this technology type, but it will be more portable and not require a technician (unlike the initial FTTP connection).

What is Fibre to the Node?

Fibre to the Node is a more cost-efficient form of Fibre to the Curb, and is the most common form of NBN connection across the country. FTTN uses street cabinets scattered throughout neighbourhoods across the country, which high-speed fibre optic lines are run directly to. From these nodes, existing copper wiring for landline phone networks is run out to houses in the neighbourhood.

Depending on how far you live from the node, your speed will be different – e.g. the closer, the faster. Your bandwidth will be influenced by everybody on the same node connection in the neighbourhood. 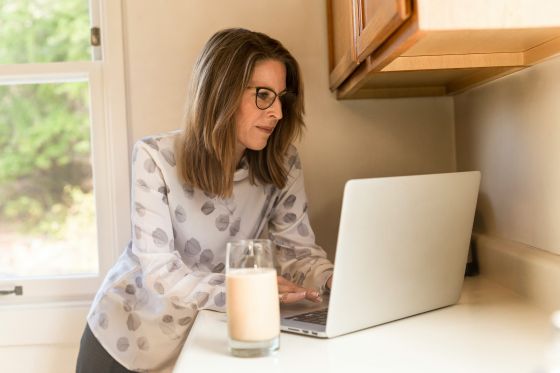 What is Hybrid Fibre Coaxial?

Hybrid Fibre Coaxial connections are the same as Fibre to the Node (FTTN) connections, in which existing lines are used to service the NBN connection to a local node, which services the local neighbourhood.

The difference is that, rather than using copper wiring used for landline phones, Hybrid Fibre Coaxial NBN connections utilise already existing Pay TV, cable network connections to make the final part of the connection. Your bandwidth will be influenced by the other homes using the same node in that neighbourhood.

What is Fibre to the Building?

Fibre to the Building (FTTB) connections are very similar to Fibre to the Curb connections. Fibre optic lines are run directly out to buildings, which are then serviced by already existing technology in the building (be it copper lining or HFC) to get NBN wiring to every apartment on the premises. This means your bandwidth will be influenced by everybody else in the building, as you’re all sharing the fibre-optic lining.

What is NBN Fixed Wireless?

NBN Fixed Wireless is when NBN data is transmitted over radio signals to connect a premises to the NBN. Typically this connection type only exists in regional areas, and rather than involving a node, it involves a transmission tower located as far as 14 kilometres away from your property, and antenna at said property to receive and transmit to the tower.

The fastest speed possible on NBN Fixed Wireless is up to 40Mbps, with upload speeds around 20Mbps, but this is also influenced by your internet provider. Obstacles like trees and metal objects between your antenna and the transmission tower can also affect this speed. With this type of NBN connection, Premium NBN 100 speeds are not available. See the diagram below for what the antenna looks like.

If this is your only option, you may want to consider some NBN alternatives.

What is the Sky Muster Satellite?

The Sky Muster satellite services NBN connections in regional areas of Australia, along with islands around Australia’s coast. It requires a satellite dish to be installed on the property receiving the internet, and allows for speeds at max of 25Mbps. This means Sky Muster Satellite users would be limited to Basic 12 NBN speeds and Standard NBN 25 speeds. Your internet use is transmitted to the Sky Muster satellite with this type of connection, rather than being through a wired line connection. See the diagram below.

It might be worth considering NBN alternatives if this is your only option to receive the network, as not only are your speeds limited, but so is your data use: plans often split data into peak and off-peak allowances, and unlimited plans aren’t available.

Where is NBN available?

You might be wondering when the NBN will be available in your area. The NBN is being rolled out across Australia with different times set for completion depending on where you live. Most big cities are covered in the NBN, with pockets still existing where NBN isn’t an option yet.

We’ve written a guide on when you can expect the NBN to come to your property. Otherwise, you can check online by typing your address in on the official NBN Co rollout map, which you can find here.