Aussies have taken to Black Friday sales surprisingly quickly. While it’s yet to reach the extremities of what we see in the US, more retailers here are taking the opportunity to get in some sales before December. The good news is that if you’re looking for a new mobile phone plan — whether it’s a SIM-only deal, or a plan with a phone — there are some great options available from a range of providers.

There’s good news if you’ve been considering a plan from Telstra: Australia’s largest telco has launched its Black Friday deals, which are available from now (23 November) until Tuesday 27 November.

For Samsung and Apple enthusiasts, Telstra has also announced deals on phone-on-a-plan and two-year lease plans with selected devices.

You can grab the 64GB iPhone XR on the 50GB Large lease plan for $89 per month, or for $99 on the standard Large two-year contract, which gives you 30GB of data, plus 20GB of bonus data.

$10 monthly credit on all online mobile and lease plans!

Vodafone has also jumped on the Black Friday bandwagon with a small selection of deals. If you’re happy with your smartphone, but need a new plan, you can grab the 12-month $45 SIM-only plan for $40. This plan starts with a base of 15GB, but you’ll get an additional 25GB of data on top of that, so you’ll score 40GB of data for just $40. Plus, the first month of plan fees are on Vodafone, so your first billing cycle is free.

You can also snatch up some deals if you’re looking for a plan with a phone. If you get the Samsung Galaxy S9 on a 36-month repayment period for $33 per month, in combination with the $35 Red Plan, you’ll receive a $9 loyalty discount. This means you only pay $59 per month for the length of the plan (including device costs), saving $324 in total over 36 months.

Looking at the iPhone XS? Get the 64GB iPhone XS on the 36-month repayment period at $45.25 per month, in combination with the $60 Red Plus Plan, and you’ll receive a $10 loyalty discount. Over the length of the contract, you’ll pay $95.25 per month for both your plan and phone, which is a total saving of $360 over 36 months.

The telco provider with a reputation for offering great kid-friendly plans, OVO Mobile, is offering 50% off the Mini Mobile plan for your first three months. As a SIM-only prepaid plan, it includes 1GB of data, $500 of standard national calls, and unlimited national SMS. It’s just the right amount of data and credit for kids on their first mobile phone plan, or for light phone users.

As an online-only offer, use the BLACKFRIDAY promo code when checking out. You’ll only be eligible for the 50% discount (which is $4.98 over the first three 30-day cycles) if you activate before 31 December, 2018. This offer expires at 12pm on Tuesday, 27 November.

You’ll need to get in quick to take advantage of Boost Mobile’s 50% off deal, as it ends at midnight tonight (Friday 23 November). This offer applies to the Large $30 and Extra Large $40 prepaid SIM-only deals, where you’ll be able to grab the Large plan for $15, and the Extra Large plan for only $20. This deal will only apply to your initial Anytime Plus plan purchase, with subsequent recharges at $30 or $40 respectively.

Optus is also getting in on the Black Friday sales, with offers on selected 12 month SIM-only plans, select iPhone plans, and on discounted 24-month plans, with huge data available on select handsets.

Apple hasn’t been left out, as you’ll get a 15% discount off the largest plans compatible with the iPhone XS, iPhone XS Max and iPhone XR. This discount applies to the $125 per month, 200GB phone plan, which is available with all storage capacities (64GB, 128GB, 256GB and 512GB) on both own-a-phone (My Plan Plus) and lease-a-phone (My Plan Flex) options.

That means if you want a 64GB iPhone XS on the own-a-phone plan, instead of paying $125 per month over 24 months, you’ll be up for only $106.25 per month, which is a minimum total cost of $2,550 over 24 months. This offer is great value if you want the latest iPhone with the maximum amount of data available.

Optus is also offering a $10 monthly price cut on all 512GB models of the iPhone XS, XS Max, and XR. Pick up the maximum-capacity version on Optus’ lease or buy 24-month plans, and you can save $240 on your device payment costs over two years.

Finally, if you’re keen on the Google Pixel 3, Pixel 3 XL or the Huawei Mate 20 Pro, Optus also has a range of 100GB data promo offers available. This means you can grab the 64GB Google Pixel 3 for $69 per month on a 24-month lease plan, which includes a massive 100GB of data.

You will need get in quick, as these Optus offers are only valid until 26 November, 2018.

Black Friday deals don’t end there – Kogan is also cutting prices on gadgets, televisions, and much, much more. Plus, Black Friday means you can save hundreds on vacuum cleaners, Miele dishwashers, coffee makers, Dyson fans, and other assorted appliances if you know where to shop. 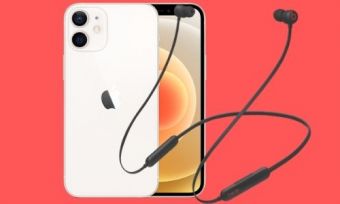