If you’re an Origin Energy customer who likes the retailer so much you’d also like to buy your broadband from it, now could be a good time.

The electricity and gas giant launched its internet services in October 2018 and is now pulling out all the stops to get new and existing customers to sign up.

Origin offers ADSL and NBN internet products, so whether you’re connected to the new national network or not, your broadband needs should be taken care of.

So why would you choose an energy company to also provide your internet service? Well, Origin is hoping the ‘convenience’ factor will be the biggest draw, with people moving house firmly in its marketing sights. And with some seemingly generous discounts on offer, the company may be worth considering if you’re looking for an easy solution to getting the lights and Wi-Fi on ASAP when you move into a new place.

Looking for an Origin NBN plan? The following table features all published 24-month Origin NBN plans from Canstar Blue’s database, listed in order of cost from lowest to highest. Use our comparison tool to see plans from a wider range of providers. These are products with links to a referral partner. 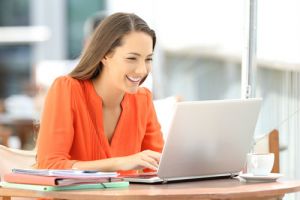 All three plans come with unlimited data, and you can add calls to local standard national and mobile numbers from $10 extra a month.

Plans come on either a month-to-month, 12 or 24-month basis, or no fixed term agreement. The contract length you pick may determine the set-up costs you need to pay.

To get you to sign up to Origin broadband, the retailer is currently offering:

Jon Briskin, Executive General Manager for Retail at Origin, said that with increased competition in the energy industry, Origin broadband is part of the company’s strategy to innovate and expand into other home services. The majority of customers signing up to broadband with Origin have been moving house, the company says.

“Our aim is to create more engaged and loyal customers, and provide Origin with a point of difference in an increasingly competitive retail market,” said Mr Briskin. “Origin broadband has been popular with customers who like how easy it is to arrange multiple services on one phone call.

“We are thrilled to be rewarding customers who trust us with multiple services by giving them a discount on their broadband in addition to any discounts they are getting on their natural gas and electricity.”

Is Origin broadband worth signing up to? 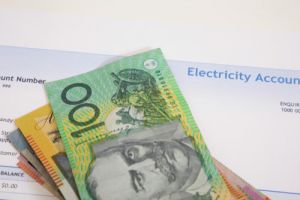 The short answer is, it depends, and it’s hard to say. The nature of bundled electricity and telco products is that comparing your options becomes more difficult than if you were just comparing individual services separately. But if you’re looking for a convenient option to get the power on and broadband working, it’s worth diving into the detail to see exactly what you’ll pay with Origin.

So, you could probably get your internet and electricity cheaper elsewhere, but that’s before you factor in the monthly discount(s). If you also get your electricity and gas with Origin, that’s $10 off your monthly internet bills – making Origin’s internet more appealing at least. But does that make the overall bundled deal great value? It’s hard to say for sure, but it’s likely that you’ll still find cheaper power bills with another provider.

Maybe the convenience of getting your energy and broadband from the one broadband makes it worth paying a little extra? That’s up to you to decide.

Origin has expanded the services it is offering customers with the addition of NBN and ADSL broadband. Learn more about how energy and broadband will be working together to give people a better deal. https://t.co/1DXzT81xl1 #goodenergy #broadband pic.twitter.com/y95DB3DUmo

Do other retailers offer energy and internet deals?

Yes. Origin is not the only company offering customers both energy and internet deals. Others include Dodo and Sumo, with more potentially to follow in the near future. As Mr Briskin from Origin alluded to in his comments, retailers are looking for ways to use their existing resources and customer bases to cross-sell other products. The wholesale nature of the NBN makes it a fairly simple product for established energy retailers to add to their offerings.

Things to be aware of with bundled energy and telco deals

As mentioned, it can certainly be convenient to buy your power and broadband from the same service provider, but there are some things to be aware of, whichever retailer you’re considering:

The idea of signing up for your energy and broadband with the one provider sounds convenient, but there’s actually more to it than you may realise. The nature of this kind of service is that you can get it done quickly, allowing you to focus on the other important parts of moving home. But try not to rush into any big decisions and compare individual services on their own merits.

Signing up with one provider could work out great for you, but try to reach that conclusion based on your own research, rather than just what you’re told.