Network Ten has today launched 10 All Access, a subscription streaming service that features content from Ten and its now-parent company CBS. The service will feature more than 7,000 episodes from the Network Ten and CBS libraries, all available commercial-free and on-demand.

10 All Access: what you can watch and how much you’ll pay

Sign up to 10 All Access, and you’ll be able to instantly watch entire seasons of popular and classic CBS shows including NCIS, Survivor, The Good Wife, CSI: Miami, Cheers, Melrose Place, Frasier and Madam Secretary, as well as CBSN news, and the best of Network Ten’s locally-produced content. This includes beloved Aussie soap opera Neighbours, lifestyle programming such as The Living Room, plus full seasons of Ten’s staple reality shows The Bachelor, The Bachelorette and I’m A Celebrity…Get Me Out of Here.

The service will also give Australian viewers exclusive access to new and original CBS shows, with the option of streaming new episodes just after they air in the US. So you’ll able to (legally) check out up-and-coming dramas, comedies and specials before they officially hit Aussie free-to-air and pay TV screens – all you need is your broadband connection. 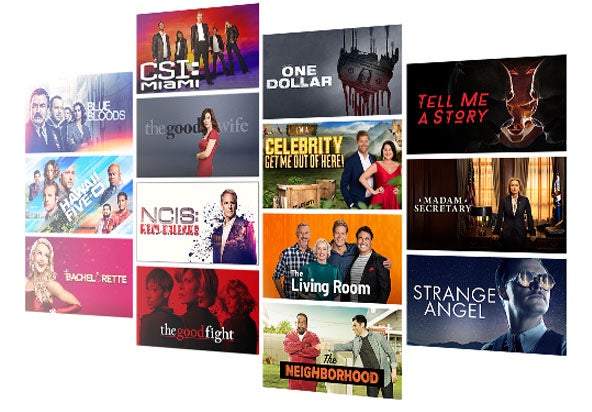 10 All Access is priced at $9.99 per month, which gives subscribers use of the full content library and the ability to stream across three screens or devices simultaneously. At launch, 10 All Access is compatible with iOS and Android devices via the downloadable All Access app, as well as through Apple TV, Android TV, and Chromecast. You can also watch directly on your PC or Mac browser, via 10allaccess.com.au.

Naturally, new customers can sign up for a one-month free trial, after which you’re free to cancel your account (or continue subscribing for the full $9.99 monthly fee). 10 All Access is a no-contract service, so subscribers can cancel at any time without incurring penalties.

According to Ten, the new subscription All Access service won’t replace the existing 10 Play catch-up player. 10 Play is available free online, and allows viewers to replay recently-aired episodes of Network Ten’s most popular programs (albeit with ads included).

How does 10 All Access compare to other streaming services?

10 All Access joins the aforementioned Netflix, Stan, Foxtel and Prime Video in offering subscription television streaming to the Australian market. Australians now also have a dedicated sports streaming service in Kayo, which was officially launched last week and offers live and on-demand sports content from around the world.

In terms of content, Netflix offers a huge catalogue of licensed and original movies, television shows and documentaries, as does Stan. Foxtel Now users can subscribe to tailored packages catering to specific channels, while Prime Video includes Prime Originals and a selection of additional TV shows and films. A quick at-a-glance comparison of 10 All Access and similar streaming options is below.

Correct as of December 2018

Price-wise, 10 All Access is on par with basic monthly packages offered by Netflix and Stan, although is definitely overshadowed by either competitor in terms of available content. As stated above, both Stan and Netflix offer a huge range of movies and documentaries, plus television from a variety of Australian and overseas networks and distributors (including Showtime, BBC, Warner Bros, NBC and Disney). Foxtel Now features the most expensive entry-level package at $25 per month (along with sports provider Kayo), but gives users access to exclusive content from Fox and HBO.

10 All Access does boast a tasty selection of trashy Aussie reality TV, so if you’re a Bachelor/Bachelorette tragic, you’ll probably love the chance to revisit your favourite seasons and contestants. However, dedicated reality streaming service Hayu is available to Australians for $6.99 per month, and features a tonne of E! reality content (including Keeping Up With the Kardashians and its various spin-offs, as well as more than a dozen variants of the Real Housewives franchise).

Overall, 10 All Access could be a fun entertainment add-on for fans of US and Aussie drama, as well as the aforementioned reality TV inclusions. If you’re curious, you can try out 10 All Access for free, but don’t expect the range of TV and movie content you’ll find from established rivals such as Netflix.