Whether you just want a reliable alternative to your mobile phone, you have no need for a mobile, or you just want something convenient for the home, a cordless phone can be a great – and cheap – way to call friends and family. Canstar Blue reviews the top cordless phone brands, and what home phone plans are out there.

Even with the popularity of mobile phones and cheap unlimited phone plans these days, there is still a significant market for cordless phones and home calling. Often, internet providers still like to charge extra for line rental – $20 or more in some cases – with their phone plans, so why not try to make use of the extra cost? This is especially the case for old ADSL plans, but NBN plans may also be bundled with an NBN phone plan, which is a similar type of deal. Cordless phones are available from about $30, so let’s review what’s on offer from the top brands – Uniden, Oricom, Panasonic and Telstra.

Cordless phones are pretty cheap, but not all brands are made equal. Uniden, Oricom, Panasonic and Telstra all seem to be the top cordless handset brands in Australia. 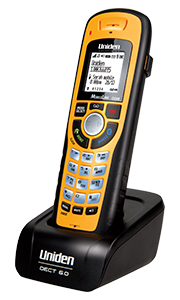 Uniden produces a fairly large range of more than 30 cordless phones, starting at around $40 for a single handset. There is even a hearing-impaired handset (E353) for about $80 or so, that features extra loud audio controls as well as quick emergency dial buttons. Uniden also produces a waterproof handset (8305WP) for about $90 that would be an ideal fit for the garage or next to the sink while washing up so you don’t have to worry about water and spills.

Uniden’s most expensive kit includes three phones, including one ‘home base’ dock (XDECT). It costs around $200, and has a feature where you can see dialled and received calls from both the handset and your mobile phone.  It also features a phonebook capacity of 6000 – how many people do you know?! Uniden is perhaps one of the biggest cordless phone companies, and its range is large enough to suit most budgets and household needs, from the one-phone family, to the ‘mothership’ docking station with multiple handsets. 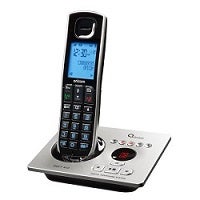 Oricom claims to be the world leader of ‘phone tech’. While landline phones may be a bit of an ageing technology, Oricom still makes a fairly concise range of cordless phones, start from about the $60 mark. The ‘M800-1’ seems to be the cheapest mobile, and features a basic docking station with features such as caller ID, 10 ring tones, up to 10 hours of talk time, hearing impairment clarity and quick-dialling of 100 numbers. If you’re just after a cheap handset, this could be the one.

Alternatively, there are dearer models, such as the ‘PRO910-2’, which features a corded handset with an answering machine, plus two cordless phones, which boast amplified sound for those hard of hearing. This model costs a little over $300. Oricom also produces a range of baby monitors. 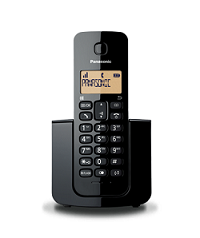 If you’re after a cheap cordless phone to satisfy your home phone needs, Panasonic may provide the answer. It produces a large range of cordless phones, starting from just $30 with the KX-TGB110ALB model… say that 10 times quickly. Seeing as it costs around $30, you can expect fairly basic functionality with a 1.4-inch LCD with a narrow base station for discreet storage and the ability to fit in a tight space.

None of Panasonic’s cordless phones are priced at more than $300, and its most expensive model (KX-TG8033ALB) costs around $230. For this price you get three cordless phones plus a ‘Power Failure Talk System’, which enables the phones to even work during a blackout. This would be especially handy for checking in with loved ones in a storm or adverse weather… or if you live in South Australia. It also features a DECT repeater, which can double the transmission range for peace of mind if working out in the yard. Panasonic is an electronics giant known for making premium household appliances, but its cordless phones start at a nice price. 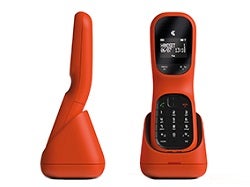 Telstra is Australia’s largest telco and claims to be the “network without equal”. As such, it produces a range of cordless phones to enable you to experience said network. There are two ways you can go about acquiring a Telstra handset – either buy outright, or pay a small fee per month over 24 months. For example, the cheapest phone is the ‘503’, which costs just $48 outright, or $2 a month over 24 months. Telstra also produces a range of funky-looking handsets, named the ‘Colombo Neue’ and this handset is exclusive to Telstra. The telco also offers a range of rebranded Motorola handsets.

Many of Telstra’s cordless phones have a one-touch ‘Nuisance Call’ blocking feature, and the most expensive models are still under $200. Seeing as Telstra is a telco, it also produces a range of home phone plans, which may also be bundled in with an internet plan. So let’s see what home phone plans are on offer, including internet bundles.

A number of internet service providers also offer home phone plans, either by themselves or as part of an internet bundle. While standalone home phone plans may look good, chances are you could probably find better value if you bundle it. It’s also worth seeing if your current provider offers a home phone package, which can cost as little as $10 extra per month. Providers to watch out for are:

The final word on Cordless Phones

Cordless phones and home phone plans may seem like a bit of a redundant product or service these days, especially with the advent of cheap unlimited mobile plans. However, there is still a significant market for them out there. Elderly people in particular may still get great benefit from the old landline telephone, where some are still operational even in blackouts.

However, where many people put a foot wrong is not bundling an internet service in with their home phone plan. While this is understandable if you don’t have an internet connection, you are probably paying too much by keeping internet + phone separate. In fact, with some providers you can even save money by just buying an internet plan with home phone calls included. Prices for internet and a home phone service start from as little as around $40, with big data inclusions and international call packs coming as standard for a lot of plans in the $70-$100 a month range. When home phone plans by themselves can cost around $80, you probably now know what sounds like a better deal.

Either way, cordless phones are the easy bit, especially when they cost as little as $30 – finding a suitable home phone and internet bundle can be a bit harder. 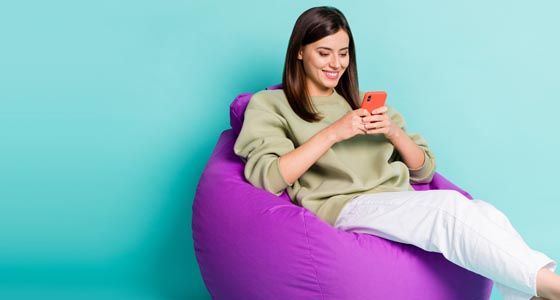 After the initial rollout of 5G in Australia, there has been much talk about how fast 5G is and the potential speeds Aussies can access on the new mobile network technology. While in the real …

The NBN and telco space is about to get a lot more crowded, with EnergyAustralia the latest energy provider to announce its move into the telco sector. Not only has EnergyAustralia launched a simple suite … 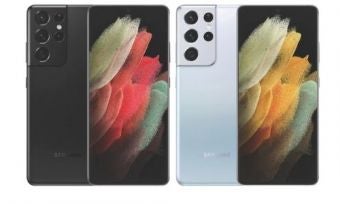 Interested in saving some money on one of Samsung’s flagship phones? Woolworths Mobile is currently running a flash sale that could be perfect for you.

For a limited time, you can pick up the Samsung Galaxy … 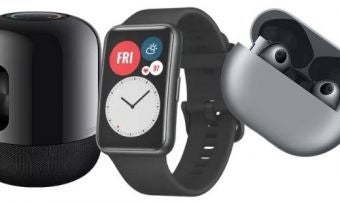 Interested in picking up a new pair of wireless earphones or a new smartwatch? Huawei is running a huge ‘Christmas in July’ sale on lots of its accessories, including the Huawei Freebuds Pro and the …

Telecommunications powerhouse Telstra is prepping for its launch into the energy retail market which could see it challenge major providers like AGL and Origin as it awaits approval by the regulators.

In its detailed submission to …