Apple’s Worldwide Developers Conference kicked off overnight, announcing a range of new features for iPhones with the reveal of iOS 15. Facetime improvements, a notifications redesign, and a range of other updates will be coming soon, but possibly the biggest thing revealed at WWDC was a change to FaceTime. A new update will allow you to use the service on non-Apple devices, much like using Facebook Messenger or Zoom for video calling.

A lot of the updates coming with iOS 15 seem to focus on getting people familiar and comfortable with the iPhone ecosystem – which isn’t anything new, but there’s not a lot of innovation with this update. We’re going to dive into all of the features and what they mean for you.

iOS 15: All the new features coming to iPhones

FaceTime is getting a lot of attention with this update, with a whole manner of changes on the way. Firstly, spatial audio is coming, which adds 3D immersion to your calls, and should make it seem like people you’re talking to are in the same room. Whether that’s important to you or not, it’s a neat trick. Just as neat is the new Voice Isolation feature, that blocks out ambient noise around you. Conversely there’s also Wide Spectrum, which instead captures the noise around you. Portrait mode is also now supported in FaceTime.

A big new feature coming to FaceTime is FaceTime Links: not necessarily an iOS 15 update, but a change that will be released alongside iOS 15. FaceTime will soon be usable on Android and Windows devices through a browser, via links sent from an Apple device, like a Zoom or Google Meet call. This doesn’t necessarily mean Apple is getting any friendlier with other platforms, but it’s definitely a welcome update. Complementing this is a new grid-view mode for FaceTime, in case there’s a lot of people in the call.

Another big FaceTime feature coming is SharePlay, which lets you listen to songs together (through Apple Music), watch TV shows and movies in sync, or view app screens together. This is pretty cool, and seems like a follow up to when streaming services like Netflix and Amazon Prime introduced ‘watch party’ features last year. 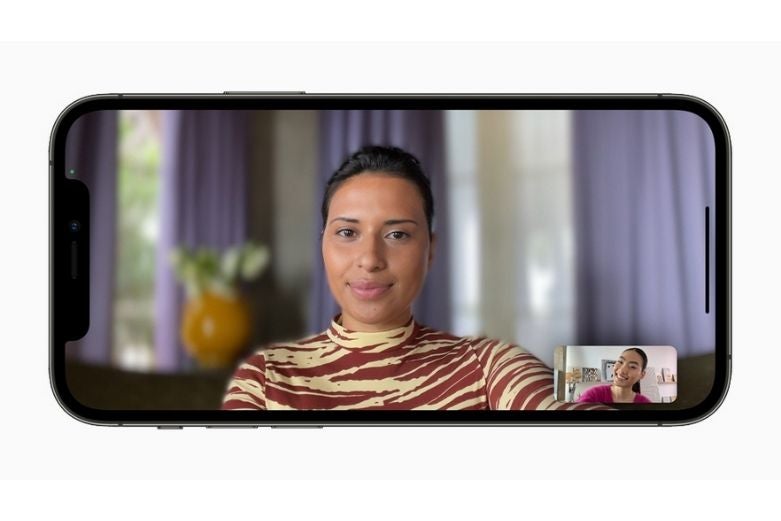 iOS 14 was seemingly centred on privacy, and iOS 15 is adding privacy features too. On-device speech recognition is now being introduced, meaning Siri requests are now processed entirely on the iPhone by default. Mail is getting privacy protection, stopping senders from knowing when an email has been opened and hiding IP addresses so senders can’t see them. App Privacy Report is being introduced, giving you detailed information on what apps have been using which features recently, and what domains have been contacted. A new setting called Private Relay is also being introduced – this will block your browsing history so that not even your internet service provider can see it, although we don’t know the ins and outs of this setting just yet. 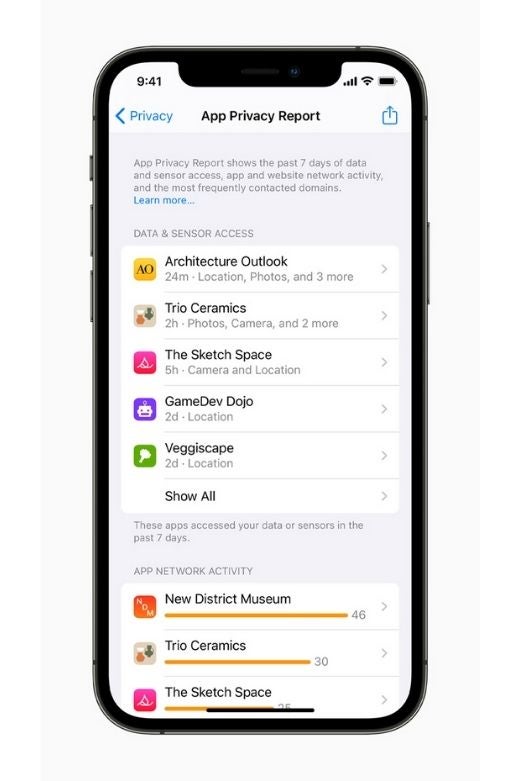 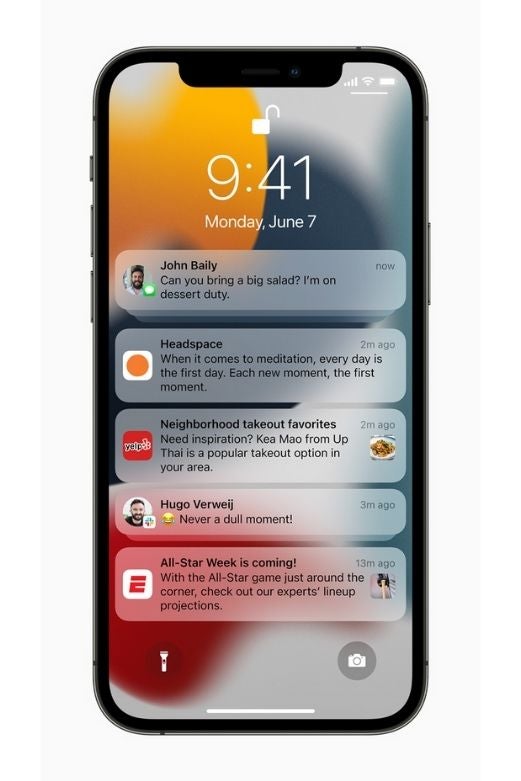 ‘Focus’ is another feature being introduced, which recommends different apps and notifications on your lock screen, depending on location and calendar alerts. A Do Not Disturb upgrade is also being introduced, allowing you to see when friends or family have it enabled. It also lets you create home screens depending on how you spend your time throughout the day – as in for when you’re working, sleeping, or working out. Apple calls it a way to ‘reduce temptation’, so maybe it’ll keep you from getting side-tracked by your device when your attention should be elsewhere. 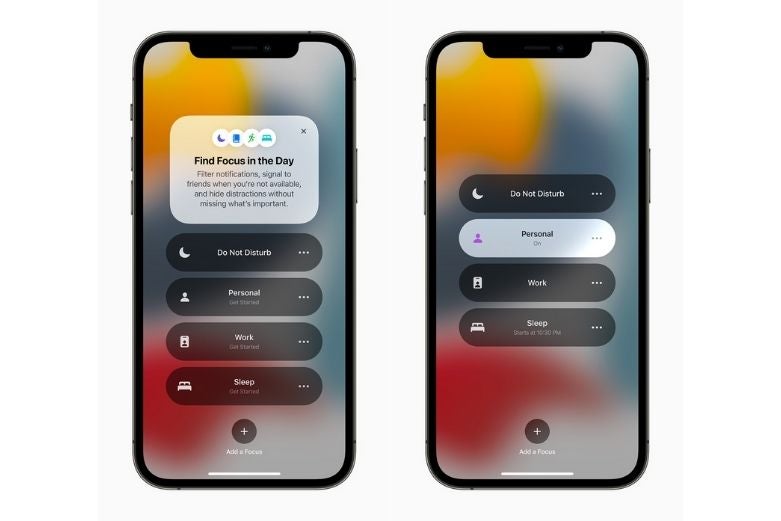 Not the biggest update coming with iOS 15, but definitely a cool one, is Live Text. Live Text allows you to take a photo of some writing, highlight it, and copy it into a document – it can also translate text, which will be super useful if you go travelling. 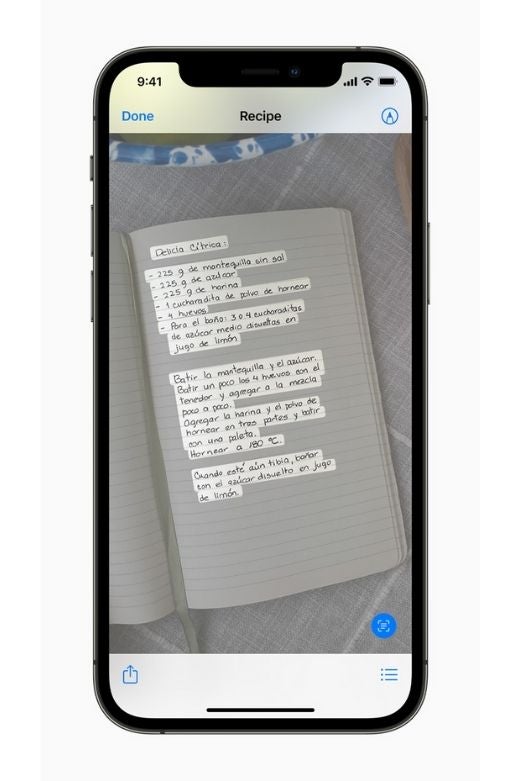 Safari is getting a slight redesign with iOS 15, changing the way you interact with the app by making web browsing less cluttered and more open, so it doesn’t feel like there’s too much on the screen. A tab bar is being added to the bottom of the screen, which lets you change tabs, or use it to browse the web. 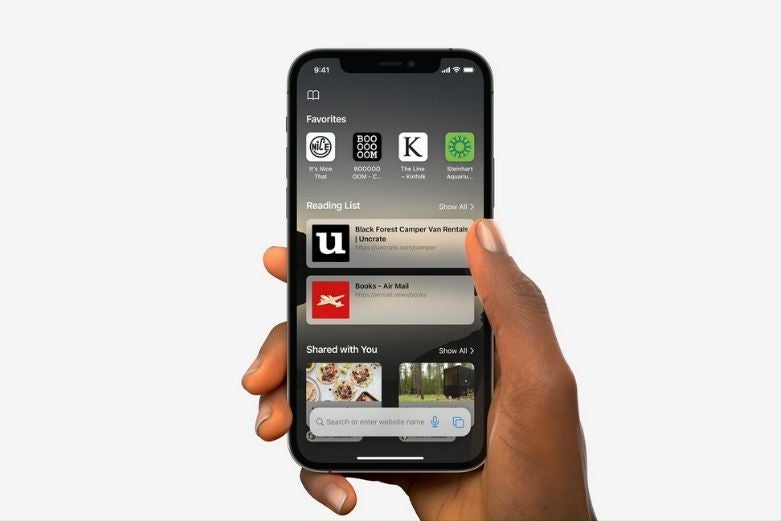 Apple Maps is pretty infamous for being unreliable, compared to its Google Maps counterpart, but it seems like Apple is trying to change that. Details including road colours, building elevation and 3D models will be introduced to the Maps app, along with a new night time mode with a ‘moonlit glow’. 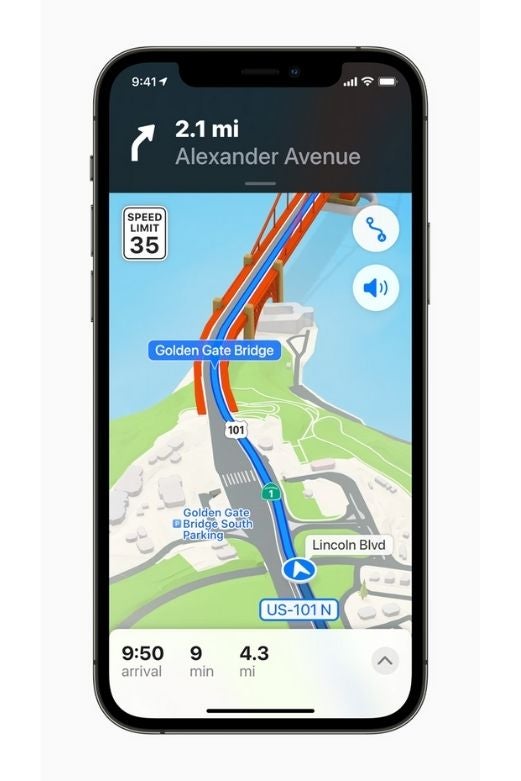 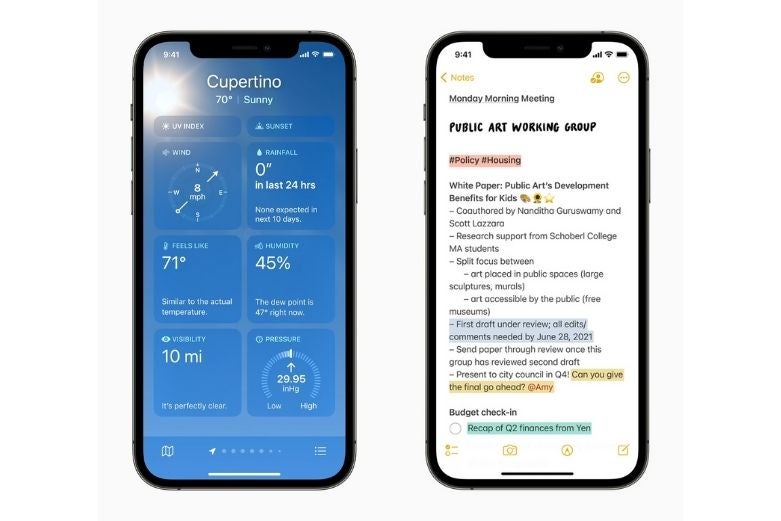 More accessibility features are being introduced with this update. VoiceOver features are being enhanced to allow people to explore more details about people, text, table data and objects through images. New background sounds are being introduced in support of neurodiversity, and now Made For iPhone supports bidirectional hearing aids. Mouth sounds can now be used with Switch Control, and text size can now be changed on an app-by-app basis.

All the other updates coming with iOS 15

The updates above are the highlights, but there’s a bunch of smaller updates that we don’t necessarily think are just as big, but worth mentioning. Here’s what else is coming:

When will iOS 15 be coming out?

iOS 15 will likely launch alongside the iPhone 13, which will come out near the end of the year, likely in September. The public beta will be made available in July, although developers can install the update now. It’s free to download and use – but it won’t be available on all iPhones.

You can get the iPhone 12, iPhone 12 mini, iPhone 12 Pro, iPhone 12 Pro Max and iPhone SE from Telstra, Optus and Vodafone, Check out the table below if you’re interested in picking up a new iPhone, or use our comparison tool to the find the right iPhone plan for you.

The following table shows a selection of 24-month 64GB Apple iPhone 12 plans on Canstar Blue’s database, listed in order of standard cost, from the lowest to highest and then by data allowance, largest to smallest. Use our comparison tool to compare phone plans from a wide range of telco providers. This is a selection of products with links to referral partners.

The following table shows a selection of 24-month 128GB Apple iPhone 12 Pro plans on Canstar Blue’s database, listed in order of standard cost, from the lowest to highest and then by data allowance, largest to smallest. Use our comparison tool to compare phone plans from a wide range of telco providers. This is a selection of products with links to referral partners.

The following table shows a selection of 24-month 128GB Apple iPhone 12 Pro Max plans on Canstar Blue’s database, listed in order of standard cost, from the lowest to highest and then by data allowance, largest to smallest. Use our comparison tool to compare phone plans from a wide range of telco providers. This is a selection of products with links to referral partners.

What devices can get iOS 15?

iOS 15 will be available on the following iPhone models: