With Australia’s 5G rollout well underway country-wide, the next generation of telephony is coming within reach, with now more than 50 per cent of Australians living in the bounds of Telstra’s 5G network.

Telstra’s 5G network is arguably the most widespread now that it covers upwards of one in two Australians, but so far the telco is keeping it to itself. Telstra is yet to announce if any other providers using its mobile network (such as Woolworths Mobile and Boost Mobile) will be getting 5G access anytime soon – so for the time being, there’s only four providers you can get a 5G connection with: Telstra, Optus, SpinTel (on the Optus 5G network) and Vodafone.

Telstra is aiming to have 75 per cent of Australia’s population covered by a 5G signal by the end of June 2021. That’s an ambitious goal, with near-100 per cent in sight from that point in time. Telstra calls its June target an ‘aggressive’ one to reach, and to be sure it is, but time will tell if the telco achieves it.

To be fair, as far as the 5G rollout goes across Australia, irrespective of brands, the release of 5G-capable phones has also been gradual. Your phone is unlikely to be 5G capable unless it was purchased within the last year or so, as companies have only relatively recently started developing 5G handsets. However, Telstra has confirmed it currently has more than 750,000 5G-ready devices operating on its network, so there’s a significant number of Aussies using the next-gen tech. 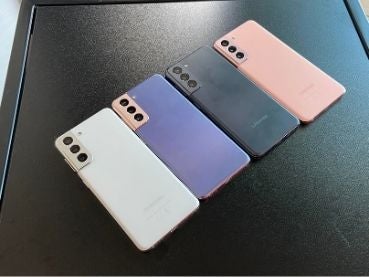 Popular 5G phones include the iPhone 12 series, Google Pixel 5, and Samsung Galaxy S20 and newly-announced S21 ranges (pictured). If you’re unsure of which phones are 5G capable, you can check out our guide to 5G phones in Australia.

Excited about 5G? Pick up a Telstra plan

Right now, the only way you can take advantage of Telstra’s widespread 5G network is if you sign up on a postpaid Telstra plan (excluding the Small postpaid plan, which doesn’t include 5G access). You can find Telstra’s postpaid plans in the table below, where you can also pick up a 5G-capable phone on a plan. Telstra also offers unlimited data, speed capped at 1.5Mbps once you surpass your monthly full-speed data allowance. You also get data-free Apple Music streaming, access to Telstra Air Wi-Fi, and data-free sports streaming.

The following table shows selected Telstra postpaid plans on Canstar Blue’s database, listed in order of cost, from the lowest to highest and then by data allowance, largest to smallest. Use our free comparison tool to see plans from a range of other providers. This is a selection of products with links to a referral partner.