Assassin’s Creed Valhalla is a massive fantasy epic, set during the dark ages of Medieval England and focusing on Viking settlers reaching the shores. There’s adventure to be had in every direction in this story-rich and combat-oriented stealth-action game, with choices to be made and alliances to be forged as you make England the home of your clan.

Make no mistake, Valhalla is a huge game, both in size and content, and you’ll have to avoid getting lost in it, writes Zac Kelly.

Three years ago, the Assassin’s Creed franchise hit the reset button. After a long run of producing very cinematic, cheesy, cool-to-play but overall quite mindless games, the series took a turn and moved on to loot systems, broad skill trees and more thoughtful gameplay. In 2018, the series would take this a step further by introducing RPG elements, where your choices determined the direction of the story in a terrific evolution of the franchise, and now in 2020 we’ve seen this trend continue.

Assassin’s Creed Valhalla is the latest installment in the series. Much like Assassin’s Creed Odyssey, the game before it, it’s very ambitious, continuing Odyssey’s legacy by keeping player choice at the centre of the core design. Moving on from Odyssey, Valhalla is much more dense, rewarding you more for exploration. Although in doing this, it’s become a swamp of a game, where there’s so much content and such a long story that it’s easy to get bogged down and lost. All enjoyable, yet often middling and quite buggy, Assassin’s Creed is back. 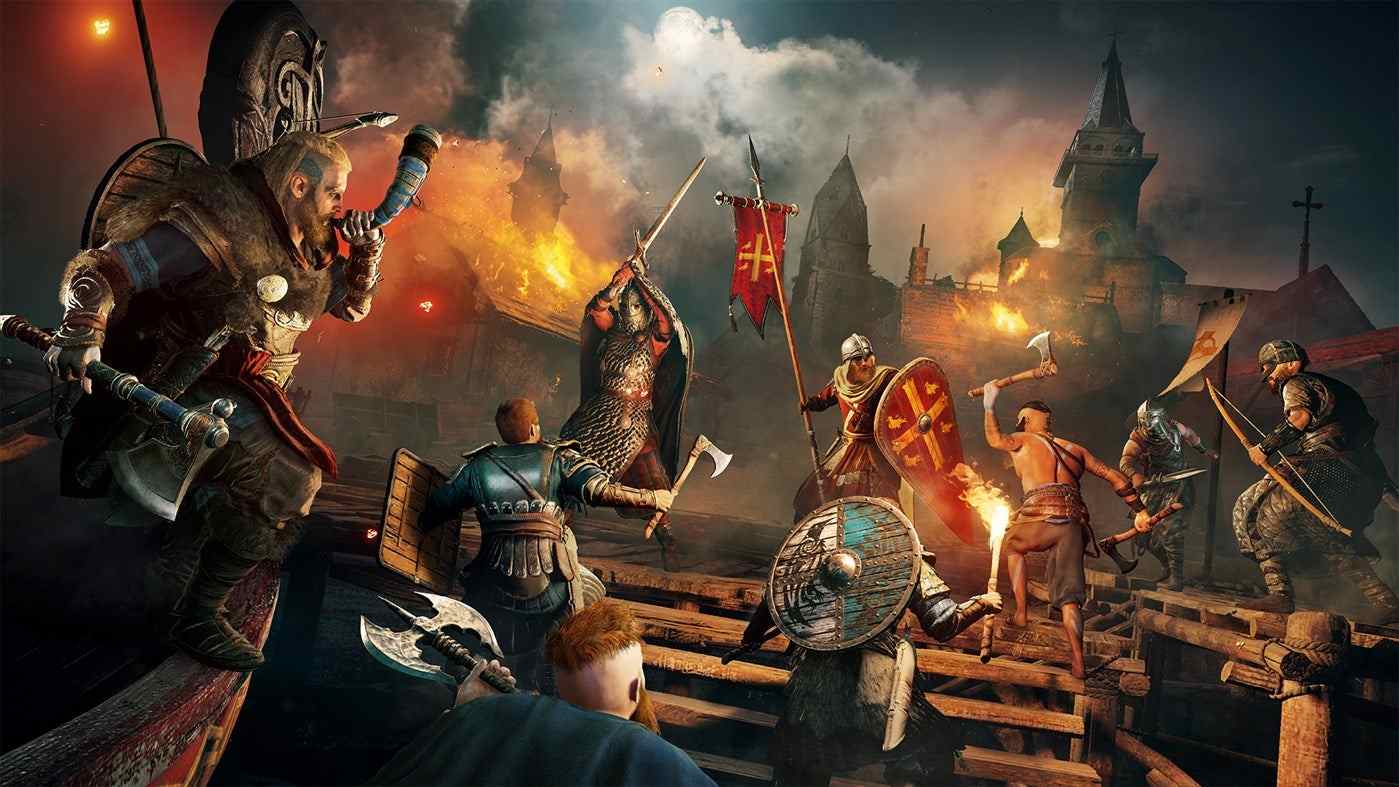 Visit the Xbox Store for Xbox and PC games

Love gaming? Head over to the Xbox store and pick up games for your PC or your Xbox device. Assassin’s Creed Valhalla is available for purchase on the store, and while you’re there you can pick up other games through the Xbox Game Pass Ultimate or the Game Pass for PC for just $1 for your first month. These passes give you access to hundreds of games on your preferred system. Click the link below to head on over.

The story: Where am I?

Assassin’s Creed is always offering rich fantasy, action-packed, adventurous and, somehow, sci-fi stories, and Valhalla doesn’t break the mold. Valhalla is set during the dark ages in England, with a little bit of Norway in there, too. You follow a customisable Viking named Eivor, leading your clan of Norse settlers as they beach on English shores and build their new town on alliances and unity.

This story goes forever. Not until the end of time of course, but parts of it feel unending, and it’s easy to get lost in. It drags on for hours as you help kingdom after kingdom with their squabbles and issues of state, with huge choices and moments that can leave you fatigued after you perform one time-filling quest after another. That’s not to say the story and the choices aren’t good – they’re really great! There’s just so much going on at any given time that feels like it should have been optional or side quest material.

As for the side quests, the world is patterned with “Mysteries” that can range from helping some children find their father, all the way up to uncovering the mysteries of Stonehenge. It’s truly enough to get lost in, and if that’s appealing to you, then you’ll love this game. If you’re after a straight-forward game that is less embracing of an open world, then this might not be for you.

The world: Dense, beautiful, and full of reward

There’s so much to do in this game that is separate to the main storyline. Around the world there’s plenty of loot to find in the forms of weapons, armour, upgrades and such, hidden in caves, ruins, castles and more. As soon as you reach the shores of England, you feel as if there’s adventure to be had in every direction – and there is! Plunder, raids and glory await. Just be careful, as the game doesn’t want you to go anywhere at any time, and has some high level requirements for some areas. Travelling too far south too early will end likely with your death.

I really can’t underscore how much there is to do in this world. You can raid Christian monasteries (while also, somehow, making time to befriend the kings of the lands that they reside on), hunt dangerous beasts, plunder fortresses and delve into Roman ruins for secrets and treasure. The world is painted in things to do and places to explore. If you were looking for the kind of game to just sink your teeth into for a while, Valhalla certainly delivers. 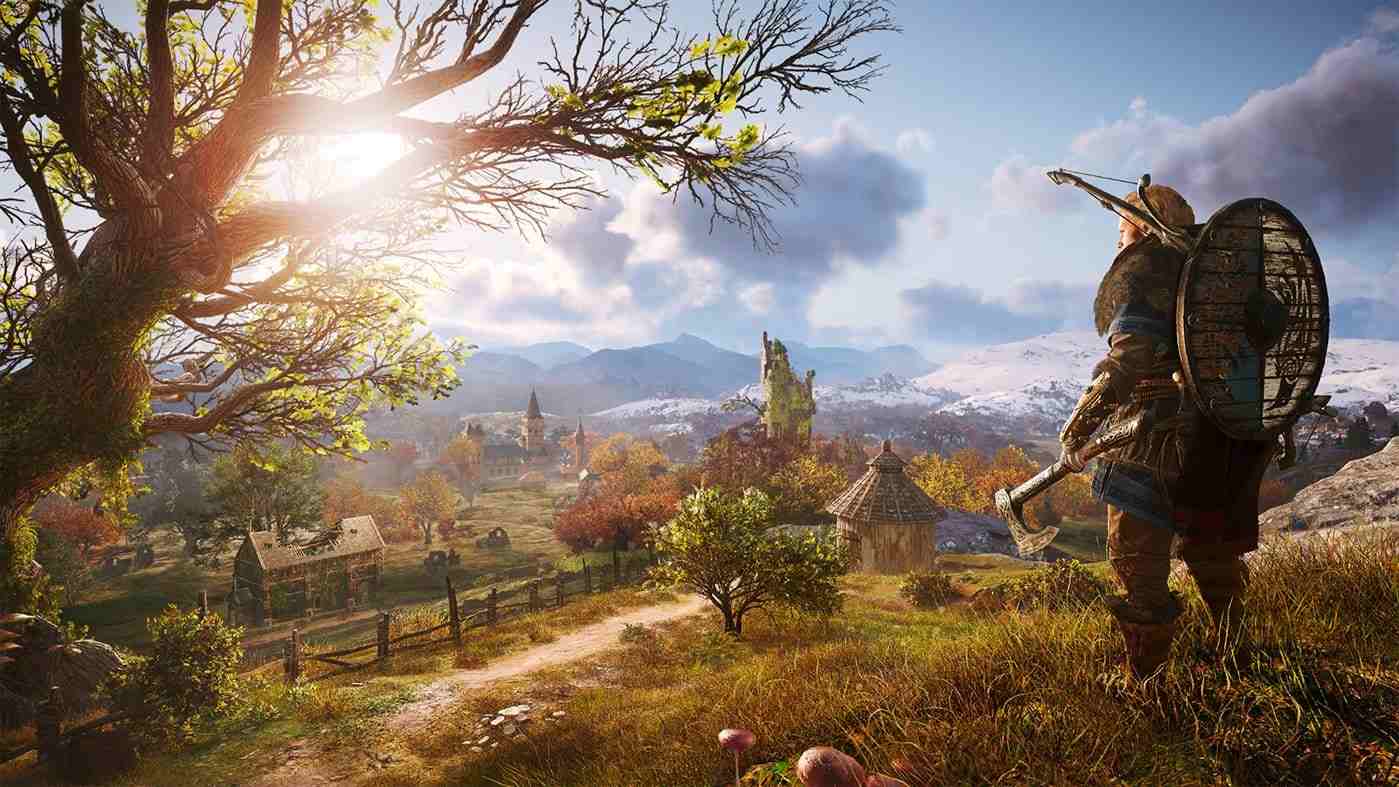 The gameplay: More of a Viking game than an Assassin’s Creed

Valhalla has some tight gameplay. Combat has been given a small refresh, giving us a much deeper system than the last game, while stealth hasn’t been built upon much. In fact, given the tone of combat this game has, focusing heavily on raids, fighting and things typically reserved for Vikings, you’d be forgiven for never going the stealthier option – there’s no reason to.

While stealth has you hiding in bushes, taking out enemies one by one, sneaking by large groups to get into locations and allowing you to slow the game down to a heart-beat pace, combat is everything. Fighting flows incredibly well, and lets you play your own way. There’s a massive range of weapons to choose from – daggers, spears, long swords, axes, bows, all kinds. You can even dual wield two shields and be a crazy Norse warrior known for beating people with two arm guarding planks.

The parkour is also nice, although it itself hasn’t changed much since the last game. Ultimately, for a Viking game, combat is everything, and the developers have gotten it right. For a future installment though, it’ll be interesting to see what is done on the stealth side of things. 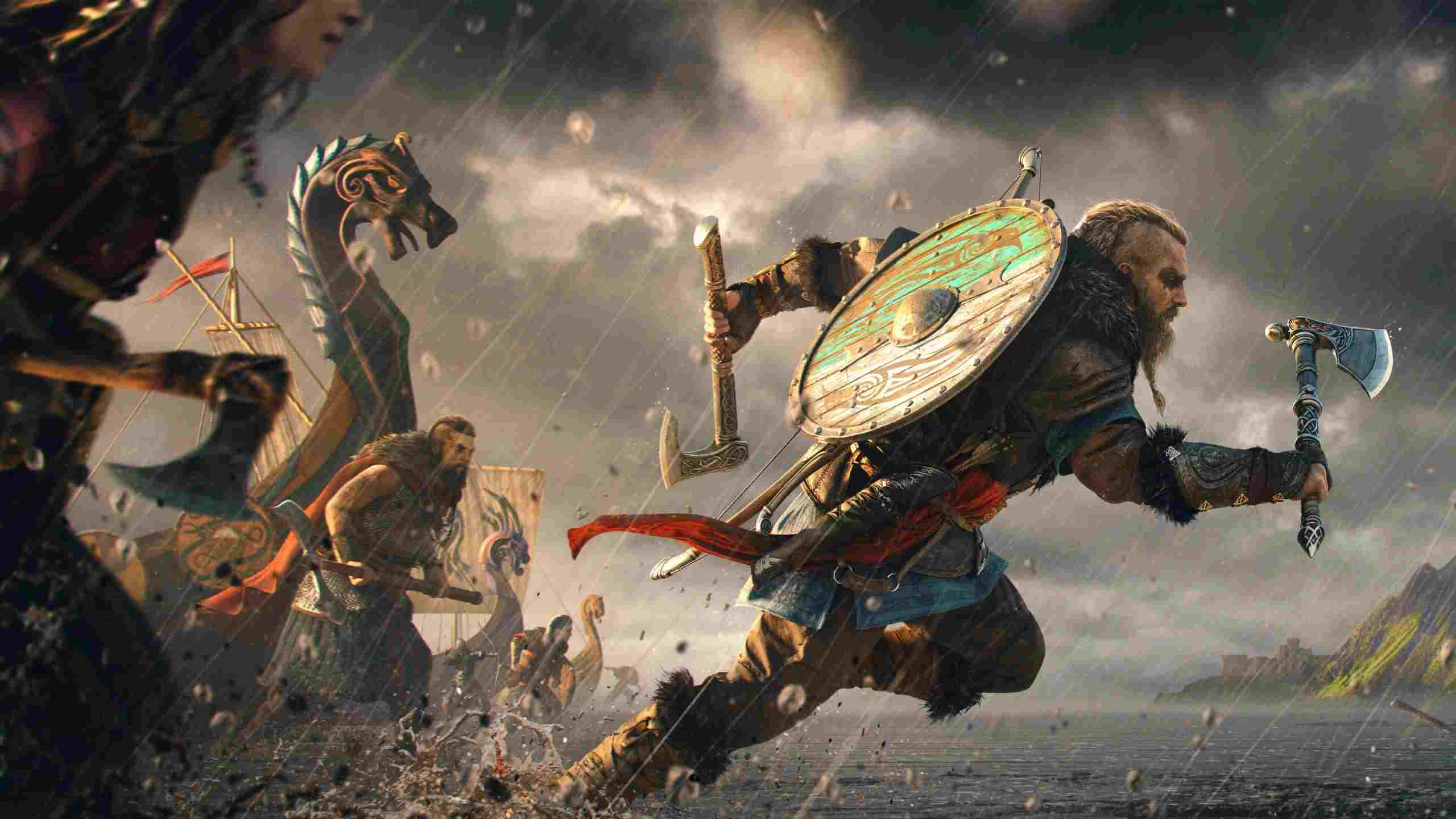 Should I buy Assassin’s Creed Valhalla?

Where can I buy Assassin’s Creed Valhalla?

You can buy Assassins Creed Valhalla digitally on the Xbox One, Xbox Series X|S, PlayStation 4, PlayStation 5, on the Epic Games Store or on the Ubisoft Store, along with physical and online retailers, with prices ranging between $69 and $99 for standard editions.

Love gaming? Make sure your NBN plan is up to the task

Assassin’s Creed Valhalla may be a fairly average-sized game, clocking in at 45GB on all platforms bar the Xbox One, where it is 44GB, however that doesn’t mean you should overlook needing a good internet connection for this game. The game will be receiving updates after release, such as patches and free content, which will be several gigabytes in size. Needless to say, other games need good internet connections too. See below for a selection of NBN plans fit for gamers of all types.