The majority of Australians are still in the dark about when they need to start applying sunscreen and protect themselves from harmful UV rays, new research shows.

The Cancer Council Australia’s National Sun Protection survey revealed that nine out of 10 people did not understand that sun protection – sunscreen, sunglasses, seeking shade, hat and long sleeves – should be used when ultraviolent radiation levels are at 3 or above on the UV index.

According to chair of the Council’s National Skin Cancer Committee, Heather Walker, “You should take all five steps at the UV index value of 3 because that’s the level at which skin and eyes can start getting damaged and the little amounts of damage can add up and lead to cancer.”

“Twenty-four per cent of Australian adults surveyed incorrectly believed that sunburn risk was related to temperature, while 23 per cent incorrectly cited conditions such as cloud cover, wind or humidity.”

Only 39% of survey respondents correctly said that UV rays were the only way to determine their risk of sunburn.

“It’s important for us to reinforce the message that it’s ultraviolet radiation that is the major cause of skin cancer – and that UV can’t be seen or felt,” Ms Walker said.

Ultraviolet radiation is a major cause of melanoma – the fourth most common cancer diagnosed in Australia – and it’s particularly prominent at this time of year despite the temperature drop.

Ms Walker added that “In Autumn, temperatures in some parts of the country are cooling, but the UV levels right across Australia are still high enough to cause serious sunburn and the skin cancer that leads to cancer.

“This new research shows that Australians are still very confused about what causes sunburn, which means people aren’t protected when they need to be.”

It’s estimated that more than 14,000 new melanoma cases will be diagnosed in Australia this year, with 1,900 deaths occurring as a result of the disease each year.

Ms Walker says the knowledge gap is concerning and it’s time for the federal government to “step up” and invest in a new national sun protection campaign.

Australians are unknowingly increasing their risk of skin cancer because they don’t know when they need sun protection the most, the findings of a national survey suggests. https://t.co/FPPwo1LTVO

Prevention is better than the cure

Most Australians have grown up with the “slip, slop, slap” sun protection message, but the head of the cancer control group at QIMR Berghofer Medical Research Institute, Professor David Whiteman, said the new survey results indicate awareness has dropped and that it’s time to reinvest in more education.

“Collectively we spend over a billion dollars a year treating skin cancers so it’s a huge burden on the Australian population and yet these are largely preventable cancers. There’s a case to be made as well that wearing sunscreen should really be part of people’s daily hygiene practice, a bit like brushing your teeth and brushing your hair, putting on sunscreen, particularly on your nose and face and ears – those sun exposed sites.”

A recent Canstar Blue survey found that nine out of 10 respondents (91%) said they take sun safety seriously, but 55% claim to have suffered burns despite using sunscreen.

Prof Whiteman says even if there are new emerging and effective treatments for melanoma, prevention is always better than the cure. 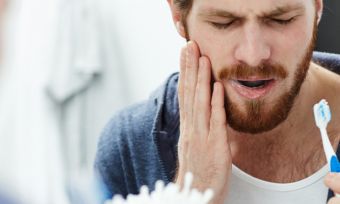 New test reveals your chances of getting skin cancer

Which sunscreen is best for your skin type?