Protein bars and weight loss shakes are all the rage these days, and for good reason. They represent an easy way to cut calories and increase your protein intake for the day, while also being pretty cost effective and efficient in this time-strapped world of ours. Whey protein has been pretty much a staple for those looking to bulk up, slim down, or just for those looking for an easy meal replacement. While pea and vegetarian-friendly protein bars and shakes have also come into vogue lately, there is no other protein perhaps more gag-inducing or perplexing than insect protein.

Yeah, that’s right – it’s protein derived from crickets, usually reserved for feeding pet lizards. Now you too can delight in what your bearded dragon eats for breakfast. One such company to do this – currently not in Australia – is Exo Protein. US-based Exo Protein specialises in bug protein, so let’s see how its products stack up to more conventional forms of protein bars and shakes, and look at whether or not insect protein is a good idea in general.

What is insect protein?

Insect protein is pretty much as you’d expect – powder derived from grounding up insects. While you probably won’t get any cockroach legs in your shake, it’s still a pretty edgy idea. Insect protein is the latest buzz in the fitness community, and while insects have been a common delicacy in Asian and African nations for centuries, it sounds pretty vomit-inducing for our relatively bland Western palette.

Insects have been around for nearly half a billion years – much longer than humans – and are a pretty common way to get protein in Asian and African countries. If you go to a night market in Thailand or Vietnam, you’ll probably see stalls selling fried crickets, mealworms and the like. And this is for good reason:

So that cricket you just chucked outside? Yeah, you could have had a nice protein snack. Nevertheless, for many of us eating bugs is incomprehensible, but grinding them down to a talcum-like powder to put into a protein bar or shake might be a more palatable idea.

Insects themselves generally have a pretty good protein profile. Not only that but they also have a pretty healthy smattering of both fat and carbs – but the general protein ratio is much higher than these other two macronutrients. Insects generally also contain a good amount of vitamins and minerals, with Vitamin A, calcium, iron and potassium being the most common. Insects generally also have low sodium content. Chicken breast also generally remains king for protein content, but for a bit of variety to your usual bodybuilder meal of chicken and broccoli, a dose of cricket powder may be up your alley.

However, just finding a bag of insects to fry up in Australia is probably going to be a hard task, unless you visit one of those small Asian grocers or somehow find an authentic Asian market. And you can’t exactly bring a kilo of crickets back from your Vietnam holiday. This is where insect protein companies such as Exo Protein may come in handy.

What is Exo Protein?

Exo Protein is just one supplements company dealing in insect protein – specifically the protein from crickets ground into a powder. Currently, it’s a US-only company, but it’s probably only a matter of time until Exo and other companies like it serve up some Aussie insect cuisine. As for shipping Exo Protein bars to Australia, we’re not sure exactly how they’d fare in customs, due to it being an animal product, but it has been processed into a powder. Nevertheless, you should definitely declare it if bringing a pack back to Australia after your holiday. We’ve heard reports of Aussies buying this stuff online!

Exo Protein’s bars may be suited to those who currently feel left out by the protein supplements industry. Exo’s bars have no soy, no dairy, no grain and no gluten content. They are also paleo-friendly. Beyond them being great for people who may not be able to stomach these foods, let’s get a look at the facts and figures:

As you can see, Exo Protein’s Cocoa Nut flavour bars contain 300 total calories, which is a fair amount for a 60g bar. Adding to this is the pretty high fat and carb ratio, with the fat most likely coming mainly from the nut content.

While we haven’t tasted raw cricket protein powder, we don’t imagine it tastes great, so there’s probably a need for a heavy dose of sweetening.

While this protein profile is not particularly impressive, the bar overall could make a viable meal replacement. It’s also no doubt better to munch on than a bag of chips!

How does Exo Protein compare to other protein bars?

As you can see, Exo bars face a lot of competition in Australia, but as far as insect protein goes, there isn’t much competition. In the coming years this will probably change, but if you’re not too concerned about where you get your protein from, there are other options out there that might be more nutritious.*Atkins bars denote ‘net’ carbs, which is total carbs minus the fibre content. This means that there is probably more total carbs than advertised

Overall, while there isn’t much of an insect protein industry in Australia just yet, this country does have a big protein and supplement industry in general, so it pays to shop around because there are bound to be deals out there.

Should I munch into an Exo insect protein bar?

If you absolutely want to try cricket protein, then Exo does offer free samples, but we’re unsure about how you’d fare getting them to Australia. Insect protein seems to be the latest craze at the moment, and it’s a classic case of taking something from non-Western culture and bringing it to Western shores. Like quinoa and goji berries, insect protein has been popular in Asian and African nations for centuries, but only now are Western countries cottoning on to it.

While insect protein may sound gross, the fact is that in protein bar-form you’d probably not notice a difference in taste with all the flavouring added. Nevertheless, as in Exo’s case, prices aren’t particularly competitive, especially considering the macronutrient profile of the bars in question. The bottom line is, if you’re just after a protein boost, there are cheaper alternatives in your local supermarket. Even chucking an extra 100g of chicken breast in your lunch or dinner could provide the boost you need. 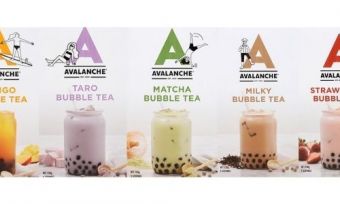 ALDI rolls out first self-serve checkouts with ‘card only’ payments