Considering some of the cosmetics that women (and men) used in the past, it is incredible to think how far the beauty industry has come. 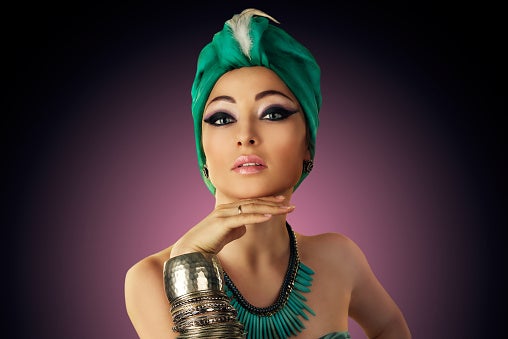 Makeup reportedly has its origins in Ancient Egypt; scented oils, ointments, and creams were used as far back as 10,000 BCE to mask body odour and protect their skin from the elements.

6,000 years later, makeup became much more exaggerated and focused on the eyes. The out-there eye makeup that ancient Egyptians are always depicted in was made from green copper ore, lead sulphite, and kohl –made from a mixture of soot, animal fat, and manganese or copper.

The ancient Greeks and Romans also applied makeup, putting a great deal of lead on their faces –  and it did much more harm than good.

In China, royals would stain their fingernails with a colourful mix of tree gum, gelatine, beeswax, and egg. It was a common trend to shave one’s eyebrows and paint teeth gold or black.

In Rome, people would colour their hair blond with a dye with a main ingredient of (yep, you guessed it) lead.

Is your makeup hurting you?

Just as it was in ancient times, lead makeup or the “dead white” look was very much in vogue in the Middle Ages.

As well painting their faces with a lead and vinegar mixture, both men and women made their skin peel with sublimate of mercury, and would remove freckles with lead sulphate.

There have been less and less cases of poisonous products since the early 20th century, and a great deal more innovation, which has led to a surge of creativity in fashion and beauty. 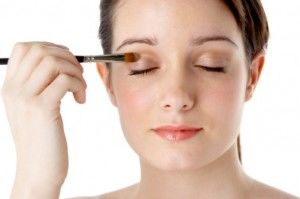 When cosmetic companies such as Max Factor and Maybelline surged in the 1920s, the makeup industry boomed. Small yet pouty lips in shades of red and plum were all the rage, and thin, unnatural eyebrows were drawn on. Making the eyes look drooped to match the tiny pout was the norm with 1920s makeup.

This look softened in the 30s, but the thin eyebrows and deep-set eyes remained. Lips were still drawn quite small, but less pouty. Rather than being flat and curving down, the trend for eyebrows in the 1930s was a half-circle shape.

The 1940s. It was the beginning for winged eyeliner, full red lips, and foundation that actually matched to skin tone. Contouring also made its debut, in order to make noses appear smaller and cheekbones higher.

Moving onto the 50s and the look was simply “Marilyn”: soft brown cat eye, natural brows, and full red lips.

But everything changed in the 60s; Twiggy turned beauty on its head, with thick upper and lower lashes, and lashes drawn on the lower eyelid. Thick black wings, dark creases, and pale lips completed her iconic look.

But it didn’t last for long, with bronzed beauties reigning supreme in the 70s. Makeup really went back to basics for a decade, with the shimmer and glam of disco only really popping up when it was time for a party.

Then in the 1980s, it all went BANG! An excess of makeup, and the infamous over-the-top hair challenged what was normal and really made a statement. The style was definitely pushed on by Cyndi Lauper and (to some extent) Boy George.

Now the 90s was all over the place; on one hand you had the grunge style, with loads of smudged black liner and dark lips, but on the other hand, there was the colourful and preppy look – kind of like “Cher” in the film Clueless. And this certainly carried over to the early 00s, a time where makeup was all about body glitter, iridescence, metallics, and butterfly clips.

Now, makeup is all about looking like a Kardashian: contouring your face into oblivion, and having ridiculously full lips. Being made-up now means to be perfectly manicured and bronzed, with high-definition features. Basically, the trend of the decade is trying to put your favourite Instagram filter on your face.

And that is makeup through history. It has sure changed a lot, and I for one, am quite thankful that I am covering my face in talc, and not lead.

How to remove sunscreen stains

What price would you pay for a good tan?