Flashy bling is one thing, but nicely manicured nails? Now you’re talking! From standard nail polish, to gel and shellac, there are so many ways to express yourself by just adding a pop of colour to the tips of your fingers. Our survey found that just over half of respondents (51%) have tried multiple brands of nail polish, before finding a product that nailed their expectations. So, which nail varnishes are worth a try and which are not?

To find out, we surveyed more than 600 Australians on the nail polish they’ve purchased and used at home in the last six months. Respondents rated brands on their ease of application, drying speed, durability, colour variety, packaging design, value for money and overall satisfaction. Those which met the minimum required survey sample size of 30 responses are included in our results.

Sally Hansen painted a bright picture in our first ever nail polish review, being the only brand to achieve five stars for overall satisfaction as well as for ease of application and drying speed. It also earned full marks for value for money. 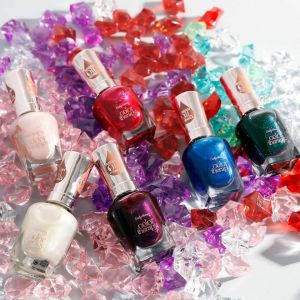 Here are the best nail polish brands in Australia, as rated by consumers in Canstar Blue’s 2020 review:

Sally Hansen was hands down rated as the number one pick for nail polish, earning five-star reviews for ease of application, drying speed, value for money and overall satisfaction. Aussies were also tickled pink with OPI, Revlon and Maybelline, which all landed on four stars in the majority of categories. Rimmel London rounded up the scores with three stars for overall satisfaction.

Notably, OPI managed to get the edge over our rating’s winner when it came to durability, packaging design and colour variety. Maybelline similarly notched up top marks for value for money, alongside Sally Hansen. 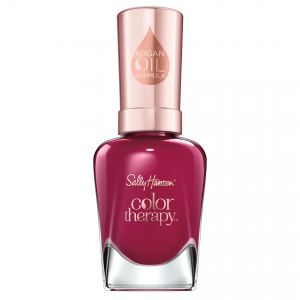 Sally Hansen is synonymous with everything nail art and nail care, offering a wide variety of products to choose from. One of its latest releases includes a plant-based, 100% vegan range which comes in 12 different shades. It’s also claimed to be ‘10-free’, which means it’s free from chemical-based ingredients typically found in most nail polishes. When it comes to nail colour, Sally Hansen offers a variety of finishes such as gel, metallic, crème, pearl, glitter and quick-dry.

Another big-name brand to hit the market is OPI, one of the leaders in the professional nail care industry. It sells a large selection of nail treatments, finishing products, lotions, manicure and pedicure products, files, tools and acrylics. OPI describes its entire collection as ‘heavily pigmented lacquers’ that are ‘super rich, long-lasting and chip-resistant ─ offering an affordable luxury to consumers’. 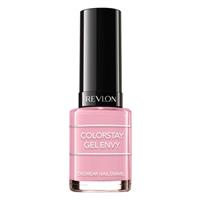 Maybe it’s Maybelline, or perhaps it’s the brand’s Color Show collection or Super Stay range that’s got people talking. For something long-wearing and chip-free, the Super Stay line is said to survive a whole week. Meanwhile, Color Show shades are designed to quickly dry within a minute.

Bringing global trends Down Under, Rimmel London has a popular selection of nail colour and nail care products. This includes quick-drying options such as the 60 Seconds Super Shine and the Super Gel ranges. The brand also serves up a few top coats, including the 5-in-1 Nail Base & Top Coat.

Prefer to get your nails done at your own at-home salon? It turns out 48% of Aussies do, too. A small number of our survey respondents also paint other people’s nails, including friends and family (13%). Although it doesn’t always go smoothly, with one in four (25%) admitting they have been disappointed by their nail polish purchases in the past. It’s no wonder our research revealed 51% of consumers have tried multiple brands, while 30% of people similarly picked up different finishes or colours from the same brand.

Getting down to the nitty gritty ─ Aussies spend an average of $17 per month on nail polish. Nearly two-fifths (38%) use a top coat and/or a base coat, and a handful of respondents say they need to re-do their manicure once a nail chips (16%).

Canstar Blue surveyed more than 3,000 Australian adults across a range of categories to measure and track customer satisfaction, via ISO 26362 accredited research panels managed by Qualtrics. The outcomes reported are the results from customers within the survey group who have purchased and used nail polish at home (i.e. not from a salon) in the last six months ─ in this case, 603 people.