You use it every morning and every night (or at least you should), but have you ever thought about how the humble toothbrush and toothpaste came to be?

Early versions were focussed on abrasion techniques to scrape away the bad stuff in your mouth. The main aims were the same as they are now – to freshen breath, whiten teeth and remove plaque and food residue. 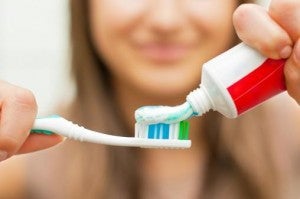 Ancient tooth cleaning methods weren’t available to everyone, however. If you were rich, you could afford to purchase ‘toothsticks’ and aromatic pastes. If you were poor, your teeth were left to their own devices and were removed with pliers when they rotted.

Here’s a timeline of how toothpaste as we know it came to be:

5000 – 3000 BC: ‘Tooth powder’ invented by the Egyptians. It contained powdered ash, myrrh, powdered egg shells and pumice. Other ancient cultures sweetened their breath with fragrances or honey.

3500 BC: Frayed twigs are used for teeth-brushing by the Babylonians and the Egyptians. Egyptian tombs contained these ‘tooth sticks’.

1600 BC: ‘Chewing sticks’ are used in China to freshen breath. They are made from aromatic tree twigs.

500 BC: Seeds including fennel, cardamom and star anise are used to flavour toothpaste used in India. The Chinese now use toothpastes that are flavoured with ginseng, herbal mints, and salt.

AD 47: ‘Toothpastes’ written about by Roman physician Scribonius Largus. He listed three types: one based on honey and vinegar; one made from radish and powdered glass (you’d want to be careful using that one!); and one made from ground deer antlers and rock salt. Other Roman abrasives include crushed bones and oyster shells.

Middle Ages: Fine sand and pumice are used in Arabic toothpastes but research is already being done into enamel damage in teeth. Meanwhile, Europeans have begun using strong acids to lift stains off teeth.

1780: First modern-looking toothbrush invented in England by William Addis. It had a handle carved from cattle bone, and the brush was still made from pigs’ bristles.

1800: Betel nut is a key ingredient in English toothpaste.

1844: Toothbrushes are made that have three rows of bristles.

1824: Soap-based toothpaste invented by a US dentist named Dr Peabody.

1850: Crème Dentifrice invented by Dr Sheffield. Chalk is introduced as a key ingredient.

1873: Colgate uses mass-produced jars to sell toothpaste in the USA.

1914: Fluoride is added to toothpaste to prevent decay.

1938: The first nylon bristle toothbrush is made.

1939: The first electric toothbrush is made.

1939 – 1942: WWII causes a lead and tin shortage, leading to the development of plastic tubes.

1945: Synthetic detergents are invented, meaning you can replace soap in toothpaste with other smoother ingredients.

1950s: American Dental Association approves the use of fluoride in toothpaste. It was already in use, but hadn’t yet been approved.

1961: Block Drug sells the first type of Sensodyne desensitising toothpaste in the USA.

Books to read on the toilet