These phones are a follow-up to last year’s well-received Find X2 series. In addition to the Pro, the range includes the OPPO Find X3 Neo (the mid-range phone of the series) and the OPPO Find X3 Lite (a ‘budget-oriented’ device ). These phones will be available for pre-order from April, and will be offered in a range of colours. 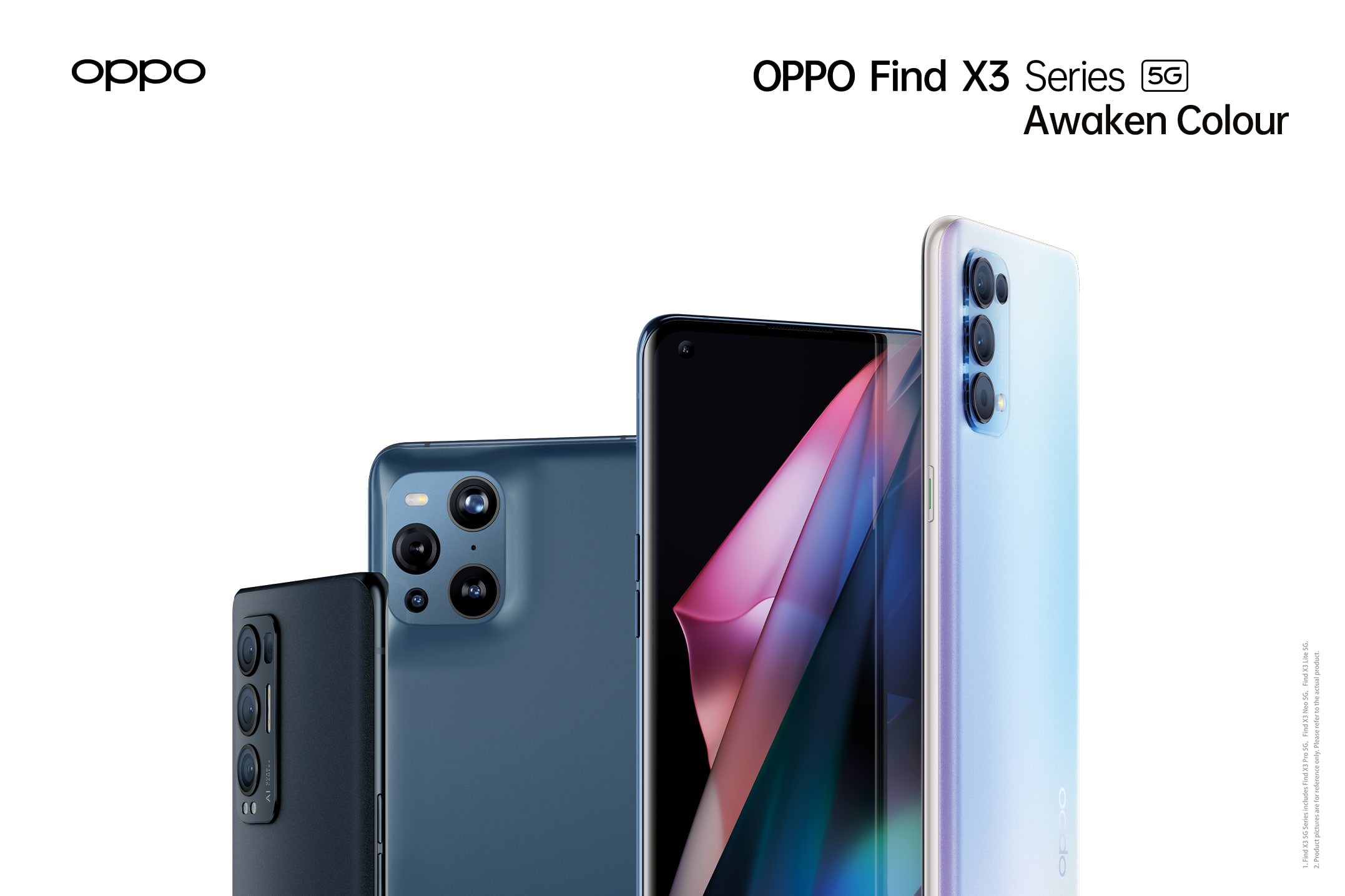 The Find X3 series includes three similar-looking smartphones with widely different technology inside, although you’ll notice the camera bump on the back of the X3 Pro is different on the X3 Neo and the X3 Lite. Specifications-wise, the X3 Pro is more powerful than the X3 Neo, which in turn is more powerful than the Find X3 Lite. All three new phones will also feature OPPO’s signature ‘ColourOS’, which is comparatively very Apple-like for an Android operating system.

This phone obviously has the most impressive specifications of the Find X3 series. The Find X3 Pro comes with an impressive array of cameras on the back (50MP wide, 13MP telephoto, 50MP ultrawide, 3MP macro) and a single camera on the front for selfies (32MP wide). The X3 Pro also has an impressive 60x zoom that can function almost like a microscope, and can zoom in on the smallest details of an object.

The processor is also quite impressive, with a Snapdragon 888 in-built and an Adreno 660 GPU. Display-wise, the Find X3 Pro features a 6.7-inch screen with an 89.6% screen-to-body ratio, and includes facial recognition unlock.

The Pro edition packs in a 4,500 mAh battery and is the first OPPO phone to use 30W fast wireless charging. There’s also 10W reverse wireless charging, in case you want to give your supported headphones or other accessories a quick top-up.

This device is IP68 rated, meaning it’ll work if dropped in water, and weighs 193 grams. It also comes with 256GB of storage space and 12GB RAM, perfect for phone photographers (although there’s no removable memory card slot), and is also 5G-capable.

The OPPO Find X3 Pro will be available for pre-order from April 1, and will come in two colours: Gloss Black and Blue. The phone will cost RRP $1,699. 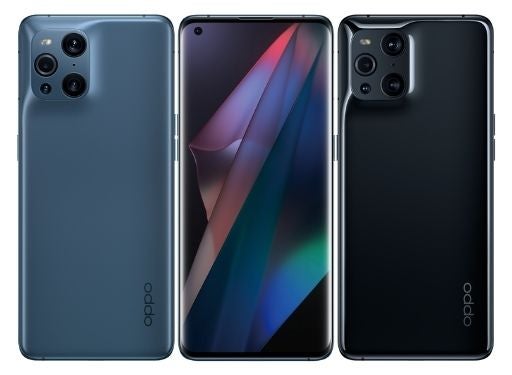 As the mid-range phone of the series, the OPPO Find X3 Neo might satisfy someone who typically goes for the standard model in new device ranges (such as the iPhone 12 and the Samsung Galaxy S21, as opposed to the iPhone 12 Pro and the Galaxy S21+).

The OPPO Find X3 Neo comes with four cameras on the back: a 50MP wide camera, a 13MP telephoto camera, a 16MP ultrawide camera and a 2MP macro camera. The selfie camera is 32MP. Inside the phone is a Snapdragon 865 processor and an Adreno 650 GPU, along with 256GB of storage capacity and 12GB RAM. This phone doesn’t have a removable storage slot.

Like the Find X3 Pro, the Neo has a 4,500 mAh battery, along with fingerprint and facial recognition. 65W fast charging is supported, along with reverse charging. The device also has a 6.55-inch screen and weighs about 184 grams. Keep in mind that the Neo is not IP rated, so don’t drop it in water!

You’ll be able to pre-order the Find X3 Neo from April 1, and the phone will be available in Galactic Silver or Starlight Black. It will cost RRP $1,199. 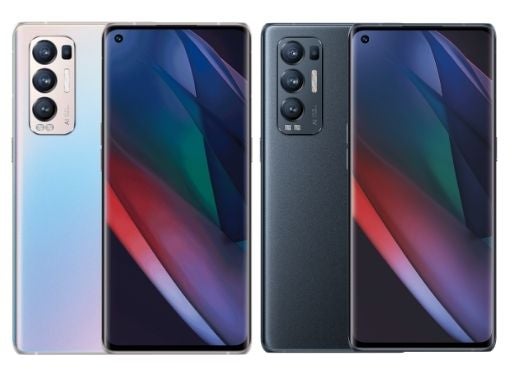 The OPPO Find X3 Lite is the ‘budget’ model of the series, costing the least and with the lowest performance technology inside. That being said, it’s still a capable smartphone – just not quite as powerful or high-end as the Pro or Neo.

The processor is a Snapdragon 765G, and the GPU is an Adreno 620. The Lite comes with 128GB of storage capacity and 8GB RAM, which should be enough for someone who saves a lot of apps and photos. It’s half the storage capacity offered by the Pro and the Neo, but it’s still a lot of data.

The Find X3 Lite is also the only phone in the series that uses a headphone jack, which will interest users that don’t use wireless headphones. The phone has a 4,300mAh battery inside and is capable of 65W fast charging and reverse charging. Keep in mind that the Lite model, like the Neo, doesn’t have an IP rating, so keep it away from pools!

The Find X3 Lite will be available for pre-order from April 1 in three colours: Starry Black, Galactic Silver and Astral Blue. The phone will be priced at RRP $749. 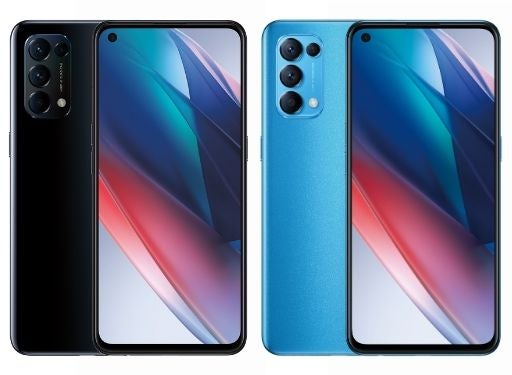 Where can I buy the OPPO Find X3 Pro?

The Find X3 Pro, along with the Neo and the Lite, will be available for pre-order from April 1. Unfortunately at this time, an actual release date hasn’t been revealed, but you can trust that it won’t be too long after pre-orders go live.

Store availability hasn’t been announced either, although you can count on these handsets to be available from phone retailers and from providers such as Telstra, Optus, Vodafone and Woolworths Mobile, which previously stocked phones from the Find X2 series.

While you’re waiting for these phones to release, consider picking up a new phone plan. If you’d like to get the most out of the 5G-capability these phones provide, you’ll need a 5G-capable phone plan, which you can pick up from Telstra, Optus, Vodafone and Spintel.

Even if you’re not too interested in 5G, picking up a new mobile plan when you change phones is a good idea, even if only to update your monthly data inclusions. You’ll find a selection of postpaid and prepaid plans in the table below.