Harvey Norman Energy closed down in 2017 and all customers have been transferred to Alinta Energy. More information can be found here.

Imagine if an electronics retailer and an electricity provider had a baby. What would they call it? How about Harvey Norman Energy?

Yes, it was a real thing, you could purchase your electricity and natural gas from an energy provider carrying the name and branding of the iconic Aussie store. However, the reality was that Harvey Normal Energy was just another retailer in disguise – Alinta Energy, in fact. It was a marketing ploy known as ‘white labelling’ – when one company effectively sells a product under the name of another.

Nevertheless, there was an energy company called Harvey Norman Energy.

What was Harvey Norman Energy?

Like most new energy companies, Harvey Norman Energy claimed to be “doing things differently”. But unlike with some, that was probably a fair assessment. Harvey Norman Energy was open about its links with Alinta Energy, but what it didn’t mention is that its energy products were practically identical.

Harvey Norman Energy claimed to be “going right back to basics” – which is another thing you often hear from new energy retailers – and said it would be transparent and helpful, making energy easy. Phone calls would be answered promptly, bills explained in real terms, and questions answered in a straightforward way, the company said.

It also boasts “innovative” energy plans, which sounded a bit much considering they mirror those from Alinta Energy. However, customers were given other incentives to sign up.

What did Harvey Norman Energy offer?

The main difference with Harvey Norman Energy was that it offered credits on your energy bills when you bought selected appliances in store, during promotional periods.

“We reward new and existing Harvey Norman Energy customers with our exclusive VIP Power Credits where you’ll save even more,” the company stated on its website. “Make sure you check back to see when our next VIP Power Credit Promotion is available”.

It was not clear how often these promotional periods come round.

There were six different solar packages to select from based on the number of panels required and the size of your home. Harvey Norman Energy claimed annual savings of up to $1,950 were possible, which would mean a return on investment inside five years.

While competition in the energy market is always a good thing, we know that Harvey Norman Energy customers were offered more or less the same plans and rates as those from an existing retailer, Alinta Energy. The incentive of bill credits when you buy selected appliances in stores sounded interesting, but the details of this offer were pretty vague, so it was hard to judge the real value.  Like with any energy provider, make sure you dive into the details of its price factsheets before making any big decisions. 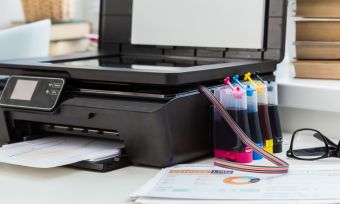 What is 5G mobile broadband?