Energy discounts can be a good way for consumers to save money on their power bills, but research from Canstar Blue shows that not all electricity plans with big headline discounts are as good as they may appear.

Calculating real costs for average five-person households on four different energy distribution networks across Australia, Canstar Blue has found that in many cases, the plans with the biggest discounts do not actually result in the lowest overall costs to consumers.

Energy discounts have become the main point of difference when comparing energy plans, especially in Victoria and New South Wales where competition between the retailers is so intense. However, some of the plans with the biggest discounts also happen to have the highest usage or supply charges, meaning overall savings are largely negated.

Consumers are given the impression that energy plans with big, standout discounts offer superior value, but it’s not always as simple as that. This is not the case for all plans with high discounts as some genuinely provide competitive value. The problem that consumers face is working out which discounts deliver what they seem to promise.

Canstar Blue compared the highest discounted offers of 11 different electricity retailers in Victoria, with all but one boasting a discount of 28% or more off usage charges or entire bills, for paying on time, by direct debit, or both. The one exception was Momentum Energy which, despite only offering a modest discount of 2%, worked out one of the cheapest options of those compared.

After the 2% discount was applied, Momentum Energy’s Smile Power Plus electricity plan worked out cheaper than six of the big discount offers provided by other retailers, AGL (28%), Origin Energy (28%), EnergyAustralia (32%), Lumo Energy (30%), Powerdirect (30%) and Alinta Energy (35%).

The fact that energy contracts with discounts of 30% or more work out cheaper than one with a 2% discount epitomises exactly why consumers find comparing plans so confusing. These high discount offers also put consumers in a position where, if for whatever reason they fail to meet the conditions, they will be left paying a far higher amount. In addition, these offers typically only last for 12 months.

The only way you can be sure you’re getting a good deal is by comparing the usage and supply charges of providers. Unfortunately this can be a very time consuming pursuit, which is why we aim to make the process a little clearer by showing real costs, after all charges and discounts are applied. The good news is that there are some competitive rates out there if you’re willing to look.

Energy discounts: Other things to consider

When it comes to energy discounts, there are a few others things consumers need to be aware of to ensure they get a good deal, namely the conditions of the discount and the benefit term.

Discounts are usually applied for paying bills on time or by direct debit, although some retailers also require customers to receive bills and other correspondents via email instead of post. Failure to meet these conditions will result in the discount being lost – meaning customers are left to pay the higher, non-discounted rate. They may also be charged a fee.

Consumers should also be wary of benefit periods which typically last for just 12 months, although some retailers offer two-year or even lifetime benefit periods. Once the benefit period expires, customers can expect to start paying the full price.

Consumers should think of energy discounts as introductory offers, just like they would with savings accounts. Once the offer expires, it’s time to start shopping around. No one wants to switch energy providers every year, but the reality is that getting a good deal requires ongoing research and effort. Don’t just assume the highest discounted offers work out the cheapest.

Electricity costs for each state are based on yearly usage calculations broken down into quarterly payments. Costs are based on average energy usage for five-person households on the following networks. 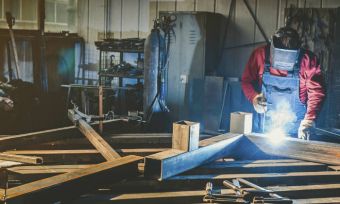 A guide to energy efficient heating