Dodgy power companies may soon be a thing of the past with new energy laws making retailers think again before misleading consumers.

The Australian Energy Regulator (AER) has announced penalties of up to $10 million for energy providers that don’t comply with consumer law.

AER Chair Clair Savage has supported the new code, emphasising that the laws are designed to protect Aussie customers from wrongdoings.

“Consumers expect energy companies to play by the rules that are there to protect them, and if those rules are broken, the penalty must reflect the seriousness of the breaches in order to provide a deterrent,” she said.

“The increased maximum penalties will allow the courts to impose penalties that are proportionate to the harm done by a business that breaches the law.

“We expect the new penalties to incentivise energy businesses to devote even greater effort to comply with laws to protect consumers.”

Other powers newly appointed to the AER include the ability to seek court orders requiring companies to provide information/documents and requesting verbal statements from witnesses during investigations.

Ms Savage continued: “A regulator investigating illegal misconduct should be able to compel those involved to answer questions where necessary.

“Previously, we have been unable to do this. These new powers will better equip us to do our job to protect consumers, while incentivising compliance,” she said.

For those that have breached certain provisions of the National Energy Laws, the regulator will also be able to seek orders to perform community service or publish a statement about the breach.

These penalties were applied on January 29, 2021, although verbal examination notices issued after this date can cover previous misconduct.

In Australia, energy companies big and small have found themselves in hot water with the AER or the Victorian regular over anything from failing to satisfy metering obligations to wrongful disconnections.

In November 2020, EnergyAustralia was ordered to pay $1.5 million for failing to protect its financial hardship customers.

In the same month, Origin Energy paid $120,000 in penalties due to an IT system error that led to customers being incorrectly disconnected.

Earlier that year, Amaysim and Alinta Energy were fined for dodgy sales tactics that saw customers signed up without consent.

In 2019, Click Energy also paid $900,000 for misleading its customers about the true value of its discounts.

“In the past few years, we’ve seen well-known retailers slapped with fines over and over again, but it’s still the little guys that will often face problems with brand trust,” he said. “The reality is that any power company can make an honest mistake, but it’s the deliberately deceptive tactics that are thankfully becoming a thing of the past thanks to tougher regulations and harsher fines.

“Don’t dismiss a small power company by assuming it may be dodgy – the best deals are often with them, after all.” 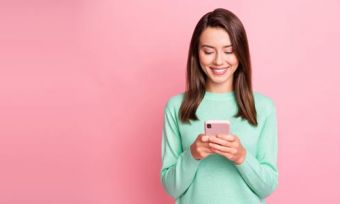