Fancy a day off from your power bills? That’s what you’ll get if you switch to Powershop during its free power promotion period.

That’s right, at a time when energy providers are looking for more and more creative ways to stand out from the crowd, Powershop is going to the extreme of actually giving away electricity for free. Though of course, there are some terms and conditions to be aware of.

The renewable energy-focused retailer says the free power days are all about celebrating the wind blowing at its wind farms. In other words, if it’s really windy, Powershop’s wind farms will be producing lots of energy – and the company can give it away for free! This doesn’t mean you’ll actually be getting clean energy though given that all the electricity generated goes into the national energy grid, including the collective mix of all generation sources… But did someone say free power?

Powershop Chief Customer Officer Catherine Anderson said: “We’re keen to try something out of the box that celebrates renewable generation while supporting our customers and their hip pockets. A day of free power is just one of the many initiatives we have to put our customers first.”

Powershop points to a recent survey of 1,000 Australian consumers which found that 70% believe climate change is a serious problem, and says that its promotion encourages energy users to play a positive role by choosing a power company that “champions a better and cleaner energy future”.

For context, Powershop is owned by New Zealand electricity generation company Meridian Energy, which owns a number of renewable energy assets on both sides of the Tasman Sea, including wind farms at Mount Mercer in Victoria and Mount Millar in South Australia.

“At Powershop we are focused on being a transparent, fair and greener power company that our customers can be proud of. We 100% carbon offset all of our customers energy use at no extra cost to them and we always aim to contribute more renewable energy into the grid than what our customers actually use,” Ms Anderson added.

Get a free day’s worth of power with Powershop. *T&Cs Apply. Elec usage only.

Here’s what you need to know

The free power day offer is open to customers across New South Wales, Victoria, Queensland and South Australia. It applies to electricity usage charges only, so you’ll still need to pay your daily supply cost.

However, the great news is the free power is not capped, so it seems like a great opportunity to do all your washing, cleaning, ironing and whatever else.

The deal is available for electricity only, not gas.

Powershop looks set to hold numerous free power days – presumably whenever it’s really windy at its wind farms – and says it will provide notice in advance of between one hour and five days.

So, what about those T&Cs then? Well, the free power days last for 24 hours only, beginning and ending at midnight. To be eligible, customers must have a smart meter installed at the property. You’ll also have to be one of the first 30,000 people to register your participation. Further details can be found on the Powershop website.

What can you expect to pay with Powershop?

A day’s worth of free electricity is all well and good, but what can you expect to pay with Powershop in the long-term? Use our electricity comparison tool via the link below for specific prices in your area. 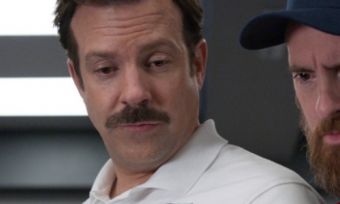