Thousands of Victorian households will see their power bills slashed from July thanks to the introduction of a new ‘default’ energy offer.

Revealed by the state’s Essential Services Commission, the Victorian Default Offer will see customers on expensive standard contracts automatically switched onto cheaper deals, resulting in average savings of between $310 and $450 a year, depending on location.

The move is a reaction from government and industry regulators over the perceived gouging of ‘loyal’ energy customers who have not engaged in the market and have subsequently ended up paying the highest prices.

It also comes on the back of growing concern relating to how some energy retailers have used seemingly generous conditional discounts to mask extremely high base rates.

More than 130,000 Victorian households are set to save under the Victorian Default Offer, which some energy retailers have criticised as being anti-competitive and damaging to innovation in the industry.

A similar default offer will be applied in New South Wales, Queensland and South Australia from July.

Victorian Energy Minister Lily D’Ambrosio said that from July consumers could ditch confusing and costly electricity offers in favour of a fair price that had been assessed by experts.

“This is one of the biggest reforms to the energy sector in over a decade – and it’s not just available to people currently on standing offers; anyone can ask for the Victorian default offer,” Ms D’Ambrosio said.

“We went to the last election on a promise that we would hold power companies to account and that we would put power back in the hands of Victorians, and that’s exactly what we’re delivering here today.”

But the savings the government confirmed are smaller than those calculated by the Essential Services Commission in March, when it put its draft advice to the government on what the default offer should be. The regulator proposed a default offer that would have saved households between $390 and $520 a year. However, the commission said it believed it had set a “fair price” for customers.

The Victorian Default Offer has been fiercely opposed by electricity retailers, who claim it could drive some smaller players out of the market and damage the competition that has become fierce since the energy market was deregulated in 2009.

The Essential Services Commission said the default offer is based on its independent assessment of the efficient costs retailers need to recover to provide electricity to Victorian consumers.

Today I was proud to announce the first ever Victorian Default Offer with @PR4Cranbourne – a fair price on energy that will deliver automatic savings for thousands of Victorian households and small businesses from 1 July. https://t.co/IyoDAabwNw pic.twitter.com/FUgADn9kTl

The Victorian Default Offer will include a daily supply charge as well as a usage charge (per kWh). Differences in tariffs across the state’s five distribution zones reflect the unique costs of providing electricity services in each area. The following table shows estimated annual bills for residential customers (based on low/medium/high usage, GST inclusive):

Canstar Blue Editor-in-Chief Simon Downes said that the new default prices are already competitive in the Victorian electricity market, but households could still save hundreds of dollars by moving onto one of the cheapest deals.

“The Victorian Default Offer will give many households the chance to save big, but there are still even bigger savings out there for those who continue to shop around,” said Mr Downes. “This new default offer is a safety net for those who do not engage in the retail market and will bring welcome relief to those paying the highest prices. But it shouldn’t be treated as another set and forget plan because you could still save even more.”

Canstar Blue’s electricity database shows that the cheapest deals today still work out around $300 a year cheaper than the new default prices, depending on where you live. 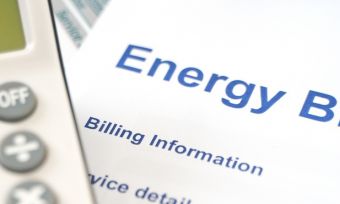