The NBN is fast being rolled out across the country. While a number of suburbs already have the service, you’re probably curious to know when YOUR area is getting NBN if it hasn’t already. We’ll break it down by state and then by postcode to see when your area is scheduled to get NBN. Click below to see what’s going on in your state and which type of NBN connection your suburb is going to get. 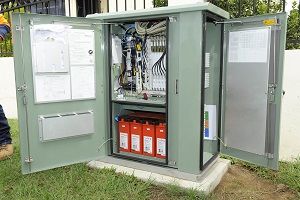 There are three main types of NBN connection – fixed-line, fixed wireless and SkyMuster satellite. The following report focuses on fixed line connections, which are further broken down into a three categories:

Out of the three connections, FTTN is the most widely rolled-out, but FTTC and FTTP largely provide greater bandwidth capacity and faster speeds.

Not sure which provider to roll with once the NBN has been rolled out? Check out some options below. The table below contains affiliate links.

If you aren’t on the NBN yet, read below to see if your area is on the list for rollout in early 2018. Also find out which type of connection is coming to your suburb, which can ultimately determine how fast your connection is likely to be. Once your suburb is connected, you have 18 months to sign up to an NBN plan before your old service is cut off.

The map below lists postcodes due to be connected to the NBN in the near future.

The following suburbs are scheduled to be connected to the NBN between April and June 2018, except for 2587 – Harden, which is due to be rolled out between January and March 2018.

Three out of the four suburbs rolling out NBN in the ACT are schedule for between April and June 2018. Curtin, 2605 is scheduled for July 2018.

Victoria is gearing up for a significant NBN rollout, with the bulk scheduled for between April and June 2018, while the rest are highlighted with their corresponding dates below.

The following South Australian suburbs are due to be connected to the NBN between April and June 2018. It looks like there may be a bit of ‘suburb envy’ between Craigmore and Davoren Park, with the former getting FTTC and the latter getting FTTN! It’s about to kick off in the north of Adelaide!

The suburbs listed below are due for NBN connection between April and June 2018, with the exception of East Carnavron, which is due to go live in May. Banksia Grove lucked out to get Fibre to the Premises (FTTP). We imagine their Mariginiup neighbours might be feeling a bit jealous!

What do I do when NBN comes to my suburb?

If your current provider also offers NBN, you may not have to do anything! Your provider may have an ‘NBN ready’ plan pack, with free NBN transition and shutting down of your old ADSL connection. Plan prices may not change, but you may have to spend more to get a better speed. Some other tips are:

In any case, it never hurts to reconsider your options. The NBN rolling out may be a good time to review the provider you are with and whether they are really fulfilling your needs. Aside from contracts, it may not hurt to switch! The NBN is not without its bumps in the road, but it should still be an exciting time if you’re about to be connected.

Is my modem-router NBN compatible?