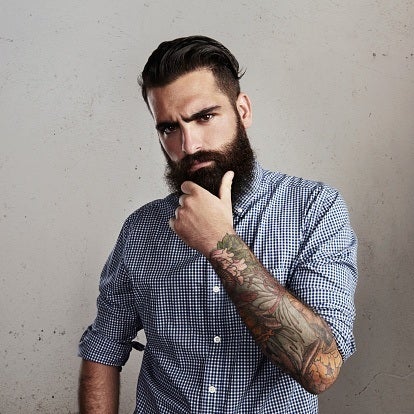 They’re different, they’re edgy, and more often than not you’ll find them sipping on a craft beer or Fairtrade organic coffee made on almond milk. But what is a hipster really, and how can you spot one near you?

The Hipster subculture (yes, it is a subculture) is generally made up of millennials living in urban areas. It is a broad tern that covers a melting pot of styles, tastes, careers, and behaviours that differ from what is considered to be the norm.

They have a certain kind of postmodern aesthetic about them, and when the contemporary wave of hipsters emerged, pastiche and irony were at the forefront of the lifestyle. Often, they would take up a hobby or style simply because it would be ‘ironic’ to do something out of the ordinary while the majority were following the mainstream trends.

Six styles of facial hair
Hipster-ism is associated with alternative/indie music, op-shop or ‘vintage’ clothes, organic/vegetarian/vegan diets, and progressive political views that make up the Hipster’s lifestyle; but to make it even more complicated, the tastes in music can vary into anything from heavy metal Generally they have a decent disposable income, and are relatively affluent young people living in trendy gentrified parts of cities.

What is the reason for Hipster subculture emerging? Matt Granfield, author of HipsterMattic explains:

“While mainstream society of the 2000s (decade) had been busying itself with reality television, dance music, and locating the whereabouts of Britney Spears’s underpants, an uprising was quietly and conscientiously taking place behind the scenes. Long-forgotten styles of clothing, beer, cigarettes and music were becoming popular again. Retro was cool, the environment was precious and old was the new ‘new’. Kids wanted to wear Sylvia Plath’s cardigans and Buddy Holly’s glasses — they revelled in the irony of making something so nerdy so cool. They wanted to live sustainably and eat organic gluten-free grains. Above all, they wanted to be recognised for being different — to diverge from the mainstream and carve a cultural niche all for themselves”.

Members of the hipster subculture won’t normally identify as being a hipster – just to make everything more confusing – due to the pretentious stereotypes surrounding hipsters and their alternative lifestyles.

Our guide to choosing a razor
In the past, Hipsters have been referred to as bohemians or ‘artsy east village types’ – referring to the neighbourhood in New York. However, the term Hipster sort of reflects the fact that these people are very urban, rather than a bohemian hippy in a camper van.

Increasingly common ‘Hipster accessories’ you can look for to identify a Hipster are an old-style fixed gear bicycle, records and turntables, beards, and thrift store style clothing (this may be from a thrift store, or be made by the Hipster themselves).

Common trends for Hipsters can include, but are not limited to, veganism, knitting, urban beekeeping, taxidermy, slam poetry, or any activity with a fairly niche following.

So where do the beards fit in? Having a beard has been a popular Hipster thing for a while now, and some men have even been known to get beard transplants if they can’t grow enough of their own facial hair. However, there is some debate on whether the beard is on the way out after Hipster and model Joel Alexander spoke out, saying that he struggled to book jobs when he has a full ‘Hipster beard’.

So, Hipsters are now shaving off their beards, and many are citing the ‘evolution of the Hipster’. Yes, they are moving onto a new subculture where they are known as a ‘Yuccie’ – young urban creative.  A Yuccie is a descendant of the Hipster, who has a hipster lifestyle, but can also exist in a corporate setting (which is not always beard-friendly). Thus, Hipsters have taken up the shears for an evolution of not-so-epic proportions.

The tooth sensor that tracks what you eat

Aussies still in the dark over when to use sunscreen