If you spend any time on the internet, then you’ve probably seen some of the hype surrounding 3D printers. The potential of them is limitless, and what we are currently witnessing is just the beginning of their potential. They’ve done some amazing things already, from building prosthetic limbs for disabled children and animals, to building more efficient airplane parts, and even building miniature models of their owners. The potential is mind-blowing, but you’d be forgiven for not really understanding much about them. However, this guide will explain everything you could want to know about 3D printers.

What is 3D printing?

3D printing is the process of taking a digital model and turning it into an actual physical object. 3D printers are unlike common printers that you probably have at home or in your office, as they specialize in building these models from scratch, layer by layer. They were invented by a man called Chuck Hull in 1986, when he launched his printing manufacturer 3D systems. Since then, numerous other 3D printing companies and technologies have been developed.

The most common 3D printing technologies are Fused Deposition Modelling (FDM), Fused Filament Fabrication (FFF), Selective Laser Sintering (SLS) and Polyjetting to name just a few. We won’t go in to extensive detail about each of these processes, but the jist of it is that each of them involves the layer-by-layer fabrication of digital files. The next section will go into further details about how they work.

How do 3D printers work?

As we said before, the general process is the additive manufacturing of small pieces of material to create a larger finished product. To expand on the three most common techniques:

If you’re interested in casually 3D printing, you would be better off buying a FDM based printer, as these are generally cheaper and aimed at the mass market due to their ability to quickly produce smaller designs. If you need one for commercial or industrial purposes, you should probably consider the latter two. They may be more expensive and take longer, but they are much more suitable for larger designs.

What can you make with 3D printers?

If you’re interested in getting a 3D printer just for fun or to peak your interest, then you should know that there are countless common household items that you can make with one. Just to name a few, you can make phone cases, door stops, watering cans, combination locks, clips lamps etc. The list is endless, and if you’re the creative type, we’re sure you can come up with some good ideas of what else to make.

What they are most commonly used for, however, are the following four major industries:

Rather than just relying on computer images, surgeons can now actually touch and feel exact replicas of certain patients’ organs and bones, which has been a huge help to them. And as we mentioned earlier, prosthetic limbs have already been successfully made for disabled people. This practice is common for animals as well. Just look at this cute duck that had a new foot made for her!

The advances of 3D printing in the medical industry are expected to be significant as well. In 20 years, it is expected that it will be possible to 3D print entire human organs for transplantation.

Militaries, spacecraft engineers and aircraft manufacturers around the world are turning to 3D modelling, as the materials they print can reduce the overall weight of their aircrafts and vehicles. They mainly use FDM machines for prototyping and part manufacturing. The main advantages of doing so are that the materials uses in 3D printing are more lightweight, fuel efficient and make it easier to identify problems.

As you can imagine, 3D printing can be highly imaginative. Now, aspiring artists can actually bring their ideas into reality via digital models. The increasing popularity of these machines has created a whole new medium for innovation, especially among young people. The next several years look very promising as more young people learn to use 3D printers and visualize concepts. China, the US and the UK already have proposals to place 3D printers into classrooms. Will it be long before Australia follows suit?

Manufacturing facilities worldwide are using 3D printing as a way to reduce costs, save time, and produce better products. The biggest advantage for manufacturers is that they often will no longer need to outsource the prototyping of parts, as they can quickly and cheaply do it themselves. This can save weeks of waiting. 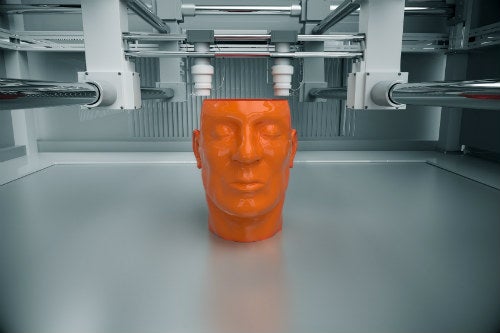 How much do 3D printers cost?

The biggest drawback of using a 3D printer (besides how complicated they can be) is the sheer cost of them. Given that 3D printers are still very much in their infancy, home models can range in price from about $500 right to $5000. The average price of the more affordable and commonly purchased models are in the range of about $1200-$2000.

The prices vary heavily from model to model, and given their recent entrance to the mainstream, we do not yet have a definitive guide on providers of 3D printers. However, 3dprint.com has a thorough list of what they believe to be the best models on the market. So it would be wise for you to do plenty of independent research if you’re considering buying one, as a couple of thousand dollars can be quite a major outlay for something you could end up using as a hobby.

That being said, you can certainly expect the price of household 3D printers to drop in the coming years as people become more familiar with the concept of 3D printing, due to the rapid rate of improvement in the industry and the continuous entrance of competitors. So watch this space and keep an eye on those prices, as you could very well get a better return on your buck in a few years than you would now.

If you want to do some 3D printing but lack the money to do so, then companies such as Shapeways and Sculpteo will take your model, print it and then ship it to you. They also offer methods for you to sell your designs if you wish.

As with most machinery, operating a 3D printer is not without potential risks. The main safety concern regarding 3D printers is the emission of nanoparticles. Printers can releases 20 billion of these nanoparticles per minute, which can interact with the body’s systems, including the skin, lungs, nerves and brain.

Continuous exposure to these particles are said to have adverse health effects, including strokes, asthma and cardio-respiratory problems. 3D printers also lack any ventilation accessories, so it is crucial that you place your machine in well-ventilated areas to minimise the effects of these nanoparticles, particularly if you’re using plastics.

There are a number of other problems that can arise depending on what materials you’re using:

Thermoplastics and photopolymers can be flammable and can also irritate the skin. They are also modelled using UV light, which is a radiation hazard. You should ensure that your skin is well covered if using these materials.

The powder metals used in 3D printing are highly combustible. This is an obvious fire risk, so ensure that sources of potential ignition must be cleared from the room at all costs. A fire extinguisher is required when operating a 3D printer.

In addition to the safety concerns of using certain materials, you also need to make sure that your machine is installed properly. All consumer grade 3D printers need to be installed and maintained according to the manufacturer’s instructions. If you are using an industrial 3D printer, it is the responsibility of the company to ensure that all personnel are properly trained by the manufacturer themselves.

Finally, there are some general safety guidelines you should follow:

5 awesome things you can make with 3D printers

You can make costume accessories, masks, fake weapons and even complete costumes that look far more realistic than ones you can buy or rent. It’s not just Halloween costumes that they can make. Actual Hollywood studios are turning to 3D printing to design their costumes for filming. A good example is the Star Lord helmet Chris Pratt wore in 2014’s Guardians of the Galaxy. 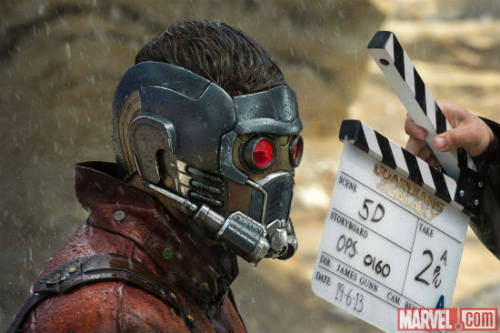 Chinese students from Changsha University of Science and Technology built a race-car using only 3D printed parts. It took more than 40 students to make, which is quite a bit of brainpower, but their design is able to reach speeds of up to 150km per hour. This isn’t really feasible for one person to make however, as all the materials cost an estimated $37,000.

If your son or daughter ever asks you to build a fort for them in the backyard, then why not model it and build it with a 3D printer? Now you obviously can’t build a full-sized castle in a small printer, but you can build authentic looking parts that you can easily assemble yourself. The inspiration for this idea came from Andrey Rudenko, who built a castle in his backyard in Minnesota. This is just the first step in his plan to 3D print an entire home. 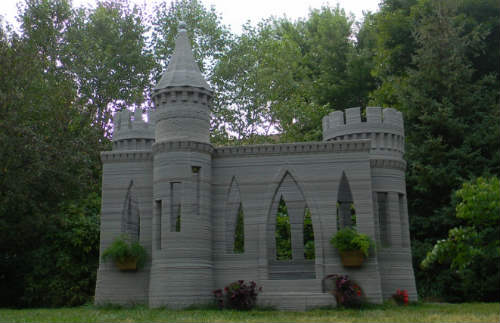 A model of yourself

Chris Buck made a 3D version of himself and has been travelling across America taking photos with it. He is about to turn his adventures with his 10-inch doppelganger into a book, and this is on this list for no other reason other than the fact that it’s hilarious. You’re lying if you say you wouldn’t want a miniature figurine of yourself.

Ok, so you can’t actually make this one, since the American Government put a ban on it almost immediately after the design file was first shared by a man named Cody Wilson. He called his gun the liberator, and it is still being shared and printed by people around the world via private sharing platforms despite the ban. This leads one to consider the potential effects 3D printing can have on the world in the future, and what restrictions need to be placed on them. 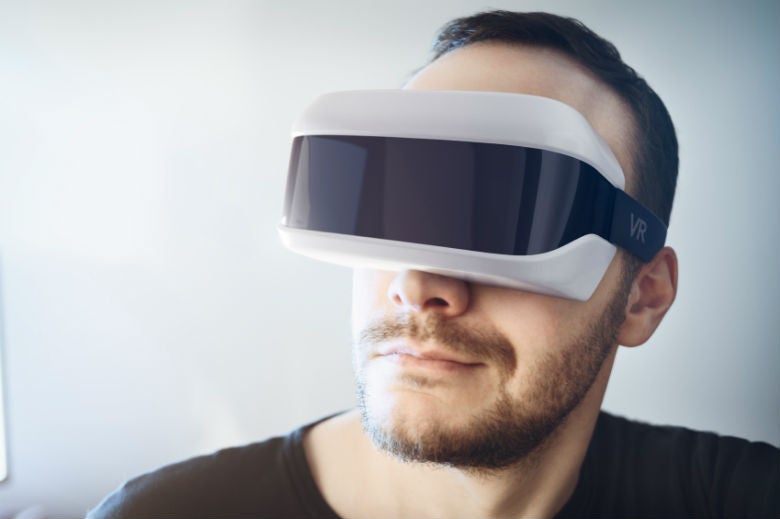 A tale of technologies: What makes up the NBN mix?