iOS 9 is Apple’s latest mobile operating system evolution – one which aims to reinstate the iPhone as top dog of the smartphone ecosystem ahead of Android and Windows Phone.

The latest OS comes with a host of new features such as 3D Touch, multitasking on the iPad and updated productivity apps, but there’s also a less heralded update that could turn out to have the biggest ramifications. Apple has quietly announced that Safari now has support for something which desktop browsers have supported for years – the ability to download content-blocking extensions.

In iOS 8, Apple first introduced support for extensions, whereby third-party apps were no longer just stand-alone programs – they could now provide background functionality that extends into other applications. Examples of this include apps projecting widgets into the notifications bar, or being able to save photos and files directly to cloud storage services.

The upshot of all the above isn’t just a more spacious, user-friendly browsing experience; it also means a big increase in browsing speed. By preventing a bunch of unwanted content from being downloaded, content blockers let you load pages faster and use less data. According to the developer of one blocking extension, Crystal, his app allowed pages to load four times faster and used 53% less bandwidth on average – that’s a big difference for something you use on a daily basis.

Unlike desktop browsers, which have supported different toolbars and extensions for years, the limited processing power and screen real estate of smartphones has meant that the same isn’t true for their mobile counterparts. But this has finally changed with Apple’s latest software update, in which the inbuilt Safari web browser now supports content-blocking extensions which you can download from the App Store like any other application.

What does this mean for websites themselves?

Here we come to the more controversial part of Apple’s latest innovation – the ethicality of blocking advertisements and tracking scripts. The simple fact is that ads are how ‘free’ websites make money; you pay for the content by viewing the ads, which provide the revenue for a website to be hosted and to keep posting great content for you to enjoy. Your wonderful new browsing experience will likely come at the expense of a website’s revenue.

Of course, some sites host a ridiculous amount of invasive adverts, and it’s addresses like these which content blockers were created for; but what about the legions of blogs and hobby sites which survive on nothing more than a few banner ads? Unfortunately, content blocking applications don’t discriminate, meaning that many smaller websites will suffer disproportionately from Apple’s widespread new blocking support.

The question is this: how do we decide what is acceptable advertising and what isn’t? A good way to allow ads on sites you like and frequent is to simply create an exception for that page in your content-blocker, and these programs are improving all the time in terms of what scripts to discriminate against, but it remains a morally grey area.

Much like music and movie piracy before it, consumer technology has outstripped that of content creators – it remains to be seen whether online advertising will be able to find an innovative solution that will keep millions of websites freely accessible in years to come. Until then, the choice of what not to download is entirely up to you.

iPhone 8: where to get the best plan

Telstra TV: what you need to know 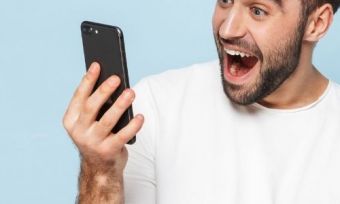